Recently we asked our pal #J.Sho--longtime friend of HDD-the crew and longtime reader/sometime contributor/commenter to HDD-the blog--to interview Nathan/Nathen about being a professional wrestling fan for a #lifechangers piece.  Somewhere along the way, the interview got dumped, and J.Sho, herself, ended up becoming a super mark.  She started DVRing Raw, bought a PPV, subscribed to Figure Four Weekly and Wrestling Observer, and eventually, went to see the WWE live...

I used to hate professional wrestling. I don’t know exactly how it happened, but I kinda started loving it this past summer. I’m a 34-year-old female. Normal women my age don’t start getting into the WWE, they start to think about how much time they have left to have children. But, I’m not really that normal, and that is why I bought a ticket to the taping of the Bragging Rights PPV at Target Center. Notice that ticket is singular.

The details of the event are a bit fuzzy. Not because I was drinking or anything, but because of old age and procrastination. I can barely remember what happened on Smackdown last Friday, let alone the PPV two weeks ago. I’m a total procrastinator and put off writing this until I got an email from HDD telling me my deadline was last Friday.

The afternoon of the event I began to get nervous because it hit me that I was about to make a fool out of myself by attending this event solo, but once I got there my fears were put to rest. It was a total nerd fest! I felt right at home. At first, I was really excited to have floor tickets, but it turns out that having floor seats on the announcers’ side (six rows back and in the corner) meant that I couldn’t see and of the Superstars’ entrance (I love that part). Total bummer. Rookie mistake. 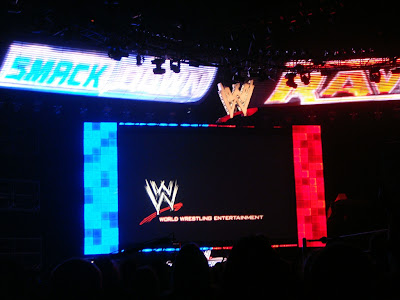 Even though I couldn’t see everything, I was excited for the matches to start. There was a dark match – Chavo Guerrero vs. MVP. MVP won. Since then, MVP has become the #1 Contender for the Intercontinental Championship. The title match vs. Dolph Ziggler will occur on Smackdown this Friday. Speaking of Dolph Ziggler, the next match was a Champion vs. Champion match: Dolph Ziggler (Intercontinental) vs. Daniel Bryan (United States.) I thought this match was the best one of the night. Daniel Bryan finally won after he made Ziggler submit via his LaBell Lock. 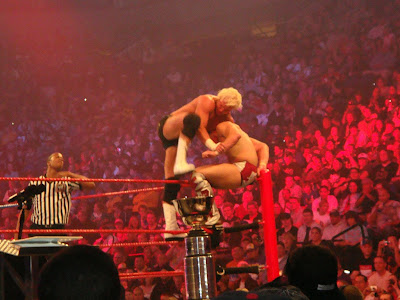 The Tag Team Championship match was next. The current champs, “Dashing” Cody Rhodes and Drew McIntyre came out and complained that there was nobody left in the WWE to face them because everyone was too scared. Cue the anonymous Raw GM and then cue the Nexus music. John Cena and David Otunga were sent by Wade Barrett to claim the title. The match ended when Rhodes tapped out to Cena’s STF. The next night on Raw Wade Barrett would make Otunga lie down and get pinned so that Justin Gabriel and Heath Slater could have the belts.

Next up was a match for the Million Dollar Belt: Ted DiBiase, Jr. vs. Goldust. The match ended with DiBiase pinning Goldust. Unfortunately, DiBiase did not make it out of the ring with his family’s belt. Instead, Goldust’s NXT Rookie Diva GF Aksana distracted DiBiase and Goldust was able to snatch the belt from DiBiase’s GF Maryse before heading backstage. DiBiase is still pissed about this. He even tried to stop Goldust and Aksana’s wedding on NXT last week. 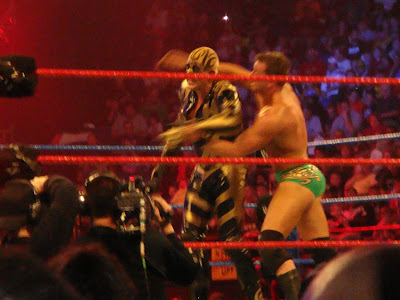 The divas match was next and I went out to buy tshirts. I got this one and this one.

For the third PPV in a row Kane was trying to retain the World Heavyweight Championship from his brother, Undertaker, in a Buried Alive match. Big whoop. Undertaker looked like he had a difficult time here. Maybe he was up too late partying after UFC 121the night before. I think he actually had a legit injury and that is why Kane ended up winning. It looked like The Phenom was going to bury Kane until members of The Nexus came out and helped Kane bury Undertaker. I guess we’re going to find out what the true intentions of Nexus were in helping Kane in the coming weeks. I’m on the edge of my seat. 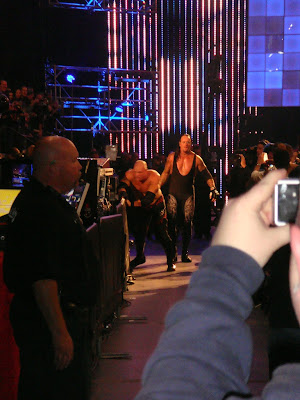 Then it was on to the match I was looking forward to the most: Team Raw vs. Team Smackdown. 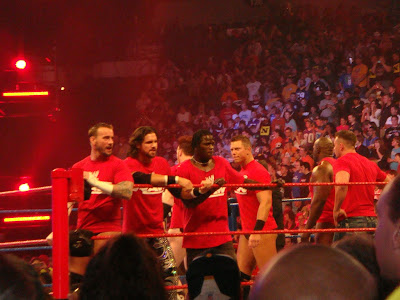 I was kinda bummed that they had to wear their t-shirts, but at least there were some nice asses to look at (sorry, I’m a girl). 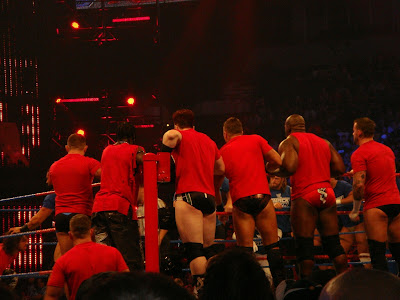 Team Smackdown won, probably to hype the show’s move to SyFy on Friday nights. Either way, I got to see my faves of the moment, Edge and Rey Mysterio, win the Bragging Rights trophy for Team Smackdown. Since then, Edge is the #1 Contender for the World Heavyweight Championship against Kane at the Survivor Series PPV on Nov 21. 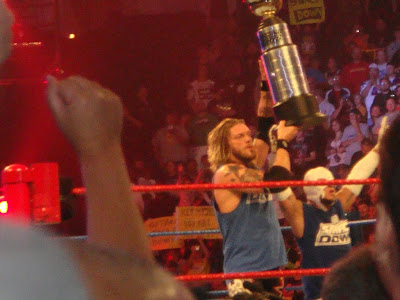 Main Event: Orton vs. Barrett for WWE Championship with Cena in Barrett’s corner. Barrett tells Cena that he if fired if Barrett doesn’t win the match. Being such a wresting novice coupled with not being able to hear the announcers explain things to me made the ending of this one a bit confusing. I later figured out that a title cannot change hands by disqualification, and John Cena got Randy Orton DQ’d by giving Wade Barrett an Attitude Adjustment. A clever way for Cena to let out some of his aggression at Wade Barrett for making him fetch water for Nexus and probably clean their dirty jock straps, but not be fired from the WWE. I hope they wrap up this Cena/Nexus angle at Survivor Series when Cena is the guest referee for an Orton vs. Barrett title re-match. This time the stip is that Cena (as an impartial ref, of course) is free from Nexus if Barrett wins and fired from the WWE if Orton wins. Ha, it will be interesting to see what happens. 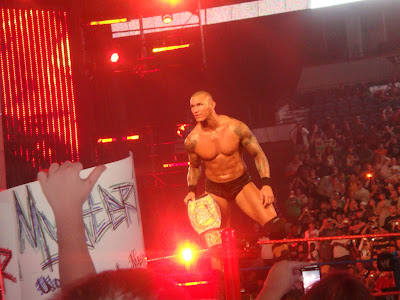 Sorry that got a little bit TL;DR. I can’t help it. It’s my new obsession. I just wish the PPVs weren’t so expensive because I need to see what happens at Survivor Series!