Dear HDD,
Hey there, it’s me again. I had another session with my therapist and he said the writing seems to be helping. So here I am again, this time with an album review. It’s my first one ever, but hey, you’re audience really seems to get me, so why not debut it for them, right? Right. 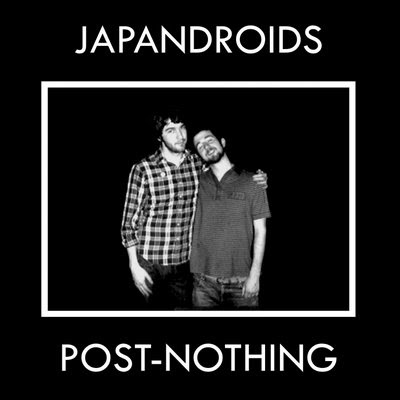 I got off to a bad start with these guys. At first I wanted to hate them because I’m a Japanther fan and these guys—being a another two man band with Japan in their name—were seemingly more popular and thus were a threat to my self-created indie cool guy world. Don’t worry, that doesn’t make sense to me either. I’m not even sure I’m the one that wrote it. I imagine it’s how Minneapolis-St. Paul people feel when the world goes gaga for Vampire Weekend; meanwhile Vampire Hands had been creating far more original music and for quite a bit longer. Anyway, a couple months ago I was a pubic hair’s width away from murdering the internets because it wouldn’t shut up about Japandroids. Then for some strange reason, almost as if I was being controlled by a mind not my own, I went out and bought Post-Nothing. Shit, it is good. In fact it’s a holy fuck kind of good.

I read somewhere that Japandroids were like a Canadian No Age. Well I can confirm that they do in fact sound almost exactly like No Age (not a bad thing) but I believe an argument can be made that Japandroids are the more California of the two. For one, they sing about girls, and to best of my knowledge Canadians don’t even like girls; they like hockey and mayonnaise. And everyone in California likes girls. Even girls like girls in California. Does No Age even have any songs about girls? It doesn’t matter; Japandroids has like a million.

Listening to Post-Nothing is like riding your bike to work on a sunny Friday morning and deciding that today is the day you’re going to stop being such a pussy about consequences and go ahead and finally fuck that chick from the office. Probably not in the office, but like later, after a night of boozing and possibly cocaine. I assume fucking her in the office would be too dangerous; but how would I know, I don’t even own a bike.

All I’m trying to say is it’s a really good record. No it’s not. Yes it is. It’s holy fuck good.
-Nathan
10 comments: