A few people have asked why I haven’t written anything about Eydea passing away. I guess I wasn’t sure what to say. When someone dies, people have a tendency to personalize it—make it about themselves. (I’m guilty of this. Anyone that’s been around here knows that I took the Jay Reatard thing kinda hard.) For the record, I did not know Michael Larson. I was purely a fan boy, in awe of his prowess rocking the mic as Eydea. I bought his records and I went to see him rap…many, many times. Eyedea was a major role player in making the Twin Cities the hip-hop powerhouse it is today. These are a just few I-remember-when moments that have come to mind over the past couple days. I’d like to share them with you…

Headshots Vol 6: Industrial Warfare mixtape
Eyedea’s freestyle recorded live in the 7th St. Entry, rapping about being too young to be in bars…while in a bar.

Collabos with Oddjobs
Whether it was his verses on Oddjobs records or the tape they did together, Bridges Over Hidden Whereabouts, whenever they teamed up it was on some next-gen shit.

Overhearing him talking at Fifth Element
I was shopping in Fifth Element the first year they were open and Eyedea happen to be in there with his mom. I distinctly remember him talking about how he can’t go to the mall anymore because “these kids won’t leave me alone.” He was a senior in high school.

Battle rapping with Slug
The best live incarnation of Atmosphere was Slug and Eydea & Abilities. There was always a freestyle portion near the end of their set where Slug and Eyedea would battle each other. Eyedea dropped a verse on Slug one night that I will always remember: “Dude, you’re my idol. But you drink too much. Plus, I think you’re suicidal.” Doesn’t sound like much on paper, but when he rapped it, a sold out First Avenue went ape shit bananas.

Watching him watch himself on TV
After he won the freestyle Blaze Battle in Chicago, Ryhmesayers screened it at the Red Sea, followed by an Atmosphere performance. You could see it on the dude’s face as he watched it he was like, “Damn, I was up there with KRS-ONE.”

El-P yelling at him on stage
A Def-Jux tour rolled through town. El-P and Aesop Rock (or was it Mr. Lif?) invited Eyedea up on stage for a freestyle session. Every time the mic got passed to him, he would start talking gibberish and finally El could take no more and yelled at him, “Shut up and rap!” Then he killed them with a dope verse.


I feel weird casually mentioning these things without much detail. But that’s all I really have in me right now. It’s a total bummer when someone dies so young. Especially someone as talented as Eyedea. 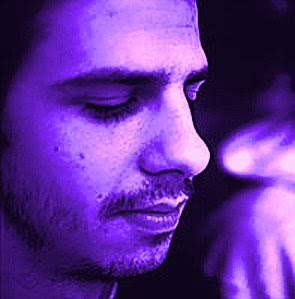