Too Many Rappers: Summer Wrapup 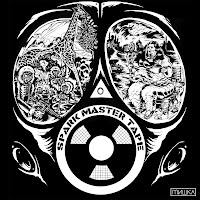 Too Many Rappers: Summer Wrapup
By Nathan G. O'Brien on Scene Point Blank

Holy crap, has this summer been hot or what? Like, hot as in temperature hot.  Like, literally hot.  Which might be confusing now that Merriam-Webster and Oxford dictionaries as well as Google say “literally” doesn’t necessarily have to mean literally anymore. They literally changed the definition of “literally.”  That sucks, if anything, for this one reason alone:  It’s now totally feasible that a Kardashian sister will say, “I literally died” and not get made fun of on The Soup.  I am not OK with this.

Speaking of people literally dying this summer, there was that one time a kid died at the Gathering of the Juggalos and nobody gave a shit because he was only one person out of thousands at an event where it is widely acceptable behavior by everyone who is not there to wish death upon everyone who is.  Juggalo or not, nobody deserves to die in a steamy tent, surrounded by scary clowns and Faygo-soaked hockey jerseys.  I am not OK with this either.

Then there was that one time Kendrick saved hip-hop with his verse on “Control,” but everyone quickly forgot about it because Daredevil became Batman, and then Miley twerked on live TV and everybody went insane because a 20 year-old white girl did some 20 year-old white girl stuff.  This clearly means one thing:  By proxy, Miley Cyrus and her foam finger, with a little help from a soon-to-be washed up superhero, literally killed hip-hop, which was only very recently literally saved from dying.  Do the math – it works.  Depending on your definition of “literally,” the math literally works.  And this, for some reason, I am OK with.

Word definers, dead Juggalos, Kendrick Lamar, Ben Affleck, and Miley Cyrus aren’t the only ones having a hot summer.  My shit has been cray-cray too.  For example, when I’m not putting out zines, riding my bike, watching Drew League highlights on YouTube while I’m at work, running the Tough Mudder, eating lots of grilled meats, shotgunning beers in a forest with my homies, championing The Challenge: Rivals II to anyone that will listen, getting quasi-arrested for graffiti, hate-watching Total Divas, getting married, penning scatterbrained column intros in which I summise Miley Cyrus killed hip-hop, or writing longwinded self-important lists of things I did this summer, I am literally stressing about stupid things like how there’s too many rappers.  ...read entire column, including mixtape reviews and more here.
No comments: 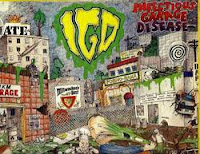 The gods of weird have unearthed yet another obscure group of misfits and re-unleashed them upon those of us that zealously engross ourselves in all things loud, fast and fucked up. This is the complete discography of Northern California’s short-lived thrashing party punks, Infectious Garage Disease... ...if you have a penchant for fast songs about cheap beer, shoplifting, and pornography and have a high threshold for blatant misogyny and the grotesque, you likely won’t be disappointed.  ...Read entire review here.
No comments: