In his memoir Root for the Villain: Rap, Bullshit, and a Celebration of Failure, J-Zone, born Jay Mumford, chronicles a lifetime spent playing the lead role in an endless comedy of errors.  The brunt of the stories are culled from a decade or so chasing fame and fortune in the rap game.  J-Zone, an MC and producer, somehow managed to be too late and too early to party at the exact same time.  By the time his records were coming out, the heyday of late ‘90s/early ‘00s hip-hop had gone increasingly underground and the Internet rap world, a place an artist like J-Zone would have made waves, was not yet the taste-making blogosphere it is now.  Root for the Villain, in a twist of irony, successfully encapsulates what it’s like to be considered (at least in terms of the music industry) a failure.  ...read entire review after the leap of faith.
1 comment:

Five Records to Look Forward to in 2012


Five Records to Look Forward to in 2012
An excerpt from Coming in 2012: the Bands, Artists, and Releases You Have to Hear This Year
By Nathan G. O'Brien on Scene Point Blank

Murder City Devils-???
In a recent interview (recent, as in two years) MCD lead singer Spencer Moody claimed the band, while not totally back in full swing, was indeed recording a new album. Late last year a new two-song 7" quietly marterialized, confirming that they are at least doing something. Every Day I Rise b/w Ball Busters in the Peanut Gallery shows them moving a few steps away from ferocious garage punk and into an artier area, encapsulating the influences from the band members various other projects. It's a natural extension from where the MCD left off on the Thelema EP back in 2001, leaving me fully intrigued by what comes next...provided something actually does.

Black Face-???
Another hypothetical one here. Last summer news broke that former SST Records co-owner and OG Black Flag bassist Chuck Dukowski had teamed with avant-punk vocalist/writer/real-life-kicker-of-human-ass Eugene S. Robinson to form Black Face, a band that would play unheard songs from and influenced by My War-era Black Flag. Word is that four songs had been recorded, yet only two surfaced on a 7" only release. That means there are at least two more to be heard. Add that to the fact the band has added some live dates, with an entire set list, finds me hopeful that there will be a new record as well.

Action Bronson-various projects
2012 looks to be just as busy a year for the Albanian descending Flushing-Queens,NYC MC as last year was. Bronson is expecting a whopping five releases this year!  Four albums: Rare Chendeliers with Alchemist, Mr. Wonderful with Tommy Mas, as well as one each with Lex Lugar and Harry Fraud, and a mixtape with Party Supplies called Blue Chips. That's an overwhelming amout of material to digest, but I'm up for the task.

Strong Arm Steady & Statik Selektah-Stereotype
Cali cliq SAS is back at it again, this time with production/DJ powerhouse Statik Selektah behind the boards. For the past two years these two have quietly created some best hip-hop records: SAS with the Madlib collabo In Search of Stoney Jackson and the follow-up Arms & Hammers, and Selektah lacing a number of MCs, from up-n-commers like Freddie Gibbs and Action Bronson to veterans like Edo G. and Reks. My finger is eagerly hovering over the "purchase" button, ready to click as soon as this pops up in iTunes.

Dilated Peoples-Directors of Photography
After being enamoured with their first two albums, and especially their live show (they could rock a crowd like no other), I had completely lost interest after the lackluster outing Neighborhood Watch, and never really paid much attention to anything that came after. That is until last year when Evidence dropped his excellent second solo album Cats & Dogs. The fire has been reignited with me. Here's hoping the same goes for them. After all, it's been six years since they have done anything as a group.

Runner Up: a whole bunch of punk records
It's election year here in the United States. Naturally there is going to be some really good punk rock comming out. And I, for one, am looking forward to every bit of it.

Record Review: After The Last Sky-There's No Light at the End of This Tunnel

After The Last Sky-There's No Light at the End of This Tunnel (Power It Up Records)
By Nathan G. O'Brien on Scene Point Blank 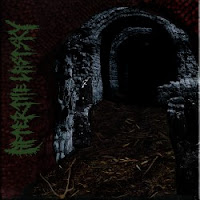 While this is not a particularly good album, as a band After The Last Sky does possess some promising attributes. It takes only one listen to realize they are undoubtedly talented musicians. A fact that is not surprising, considering the rate at which they genre-hop their way through There’s No Light at the End of This Tunnel. The two axe-slingers flex their skills in a variety of styles, whether it is lightning fast thrash, atmospheric riffing or tech-metal accuracy. In turn, the drummer is just as well-versed at providing the appropriate backdrops, ranging from a precision pummeling to machine gun-like blast beats. Whether it’s plodding at a stoned-out doom pace or approaching the rapidity of powerviolence, the bassist holds down the bottom end in whatever necessary fashion the particular song calls for. And while the vocals are predominantly your standard deep-growl-to-high-pitch interchange, the singer does furnish it with somewhat of an edgier feel. ...continue reading review after the leap.
No comments: