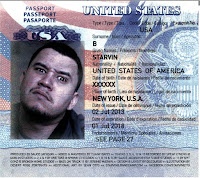 Starvin B - The Foreigner (Sickside)
The latest from this largely unknown New York emcee, this is '90s East Coast boom-bap worship up and down. Which might come as a surprise, as all the production was done by a Swedish guy and it was just released this last March. Rugged and raw rap music; it's the hard-hitting beats, record scratching, and skilled lyricism like this that will always trump other variants of hip-hop for me. When I'm riding my bike home from work on a sunny afternoon and this is in the earbuds I always wish that I was heading to a barbecue to get turnt up on forties and blunts. But then I remember that I'm not 20 years-old and that malt liquor tastes shitty and that I can't say things like "turnt up" without sounding like an idiot and then I get kind of bummed out. 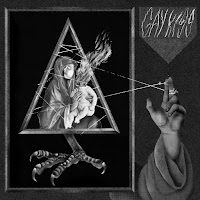 A refreshingly new breed of hardcore. Their originality is the result of borrowed bits and pieces of stuff we've all heard a million times but it still sounds pretty sweet and makes you go "arrrghh" and "ooogahh" and "fuuuuuuck" and slam a beer and throw the bottle in the air and take off running down the street. Or like, do more deadlifts and burpees if that's your thing. Both of those scenarios are my thing actually; although lately I've been doing more of the first and less of second, which means my lovehandles are out of control right now. Punk, metal, noise, and smidgens of mosh, driven first and foremost by grading vocals. Of the handful of new of new punk and hardcore records I've gotten my hands on this year, this remains atop the pile. 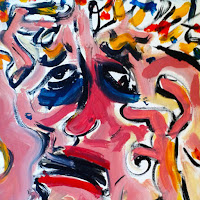 Barcelona - Extremo Nihilismo en Barcelona (La Vida Es En Mus Discos Punk)
Made up of members of Spain's GLAM and fronted by former Firmenza 10 vocalist, this is the true voice of the angry and alienated. Infectious and unsettling hardcore that swallows you in one fell swoop, chews you up with its razor-sharp teeth, and shits you out of its fiery anus into a million little pieces that flop around on the hot pavement like chickens out of water or fish with their heads cut off. Yeah, you read that right; I mixed those up on purpose, so don't be a dick and try to correct me. 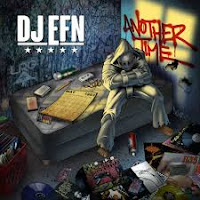 These days I find myself gravitating more and more towards mixtape style--as in mixed tape--and producer or deejay-based projects that feature numerous emcees, as opposed to full-length solo rapper albums. As my age goes up, my attention span goes down, and mixes seem to keep me more engaged. Plus, I came of age during the time when sample flip beats, turntablism, and vocally and lyrically dexterous rappers ruled the land, and cassette tapes of rap radio shows were traded among heads all over the world. Miami mixtape maestro DJ EFN's latest is a throwback to those days, featuring hand-picked production from nine different producers and over 60 rappers. It' on some cypher outside the corner store, beats blasting from a Jeep nearby, rockin' baggy sweats and cigarillos-type shit. 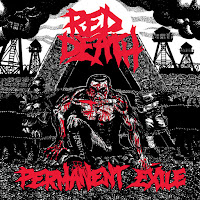 Red Death - Permanent Exile (Grave Mistake)
The debut album from a quartet of dudes who swim in the same incestuous D.C. pond scum as Coke Bust, Mob Mentality and a million others. Pop quiz: Did you like Sick Of It All when they weren't a caricature of themselves? Did you like Corrosion of Conformity before they went all Southern-fried metal on your ass? Do you have a worn out copy of AC/DC's '74 Jailbreak somewhere on the floor of your car under all the empty bags of Chili Cheese Fritos and Slim Jim wrappers? Do you sometimes wear long underwear under a pair of shorts? If you answered yes to any of these questions you'll love this LP. It's killer crossover hardcore served up alongside a slop bucket of Angus Young-inspired licks.

In addition to listening to all the new stuff, a good chunk of the first half of the year is spent catching up on what I missed in the previous 12 months. Here's a look at some of the music I slept on last year...

Ghostface Killah - 36 Seasons (Salvation / Tommy Boy, 2014)Working alongside the instrumentation of funk and soul band The Revelations, and with fellow emcees AZ, Kool G Rap, and Pharoahe Monch in tow, Ghostface turned another one of his signature Tony Stark criminology tales.

Good Throb - Fuck Off (Sabermetric / Super-Fi / White Denim, 2014)
Post-punk really came into vogue last year, and as with any sub-genre popularity spike there’s some nonsense to weed through to get to the good stuff like this. Edgy and danceable (ala Gang of Four) meets clever and venomous (ala Crass) with a healthy farmer’s blow of Johnny Rotten’s snot all over it.

Kurraka - Self-Titled LP (Trabuc, 2014)
Energetic, thrashing, and rhythmic dark punk out of Austin, TX. All the grace and allure of La Fraction matched by the rawness of Tozibabe. The lyrics are sung in Spanish with an echo-y vocal effect that’s really captivating.

Ras G - Down to Earth, Vol. 2: That Standard Bap Edition (Leaving Records, 2014)
This prolific L.A.-based producer crafts rap beats the old-fashioned way: with an MPC, SP-404, Technics 1200, and endless supply of Phillies blunts. Spacey, Afrocentric boom-bap with a low end so heavy it’ll give you a baby heart attack.

Shaved Women - Just Death 12" EP (Ektro, 2014)
A couple years since their last release, these St. Louis, MO slime balls returned with a new 12” of noisy hardcore punk. Chainsaw guitars, hammering drums, dirty basslines, and creeper vocals drive home the anger and disgust that comes with being an inhabitant of this shit world.

Stoic Violence - Chained 12" EP (Video Disease, 2014)
The swan song for this short-lived Long Beach, CA crew. Hateful, abusive, and vile; this is nihilistic hardcore to the bone. It claws at your cerebral like mechanical walking harvester clear-cutting a forest of sequoias.

The Underachievers - Cellar Door: Terminus Ut Exordium (RPM MSC, 2014)
Beast Coast members AK and Issa Gold followed up two excellent mixtapes (as well as each one’s solo mixtape) with their official debut album. Eschewing conventional trappings, the record includes production by a number of relatively unknowns (aside from a lone contribution from Statik Selektah,) which adds to an overall tone of experimentation and cerebral elevation.

Vallenfyre - Splinters (Century Media, 2014)
The sophomore release by this UK knuckle-dragger doom-death metal supergroup is steeped suffering and despair. The production value is superb, Gregor Mackintosh’s vocals continue to impress, and that guitar tone; my fucking god, it's incredible.

Maximum Rocknroll presents: Sound the Alarms!! (Maximum Rocknroll, 2014)
This is a double LP compilation that features the best present day punk and hardcore from around the world. 32 bands from 14 different countries, including Synthetic ID, No Statik, Vivisektio, Question, Kuudes Silma, Kvoteringen, Culo, Obediencia and a whole bunch more. If you want a snapshot of what’s going in punk/HC around the globe today, look no further.