The 10 Most Important Thing That Happened In The NBA Last Night
By Nathan G. O'Brien

Hi, my name is Nathan and I’m an Elite Basketball Mind. Notice I didn’t say I have an elite basketball mind. It’s capitalized because it’s an official title. Whether it be playing, watching, coaching my fantasy team, making dope mixtapes for pre-game warmups, or being called upon by my friends to determine the legitimacy of a pair of Jordans or Nikes, I’ve been involved in basketball in some facet for my entire life. Same as with punk rock, rap music, and probably pro-wrestling, I know all there is to know about basketball. I don’t like to brag about it though because that’s not really my style. Plus people tend to get intimidated by my wealth of knowledge which makes conversation, partying, and sexual encounters difficult. Even though I’m in a class with guys like Jalen Rose, Mike Krzysewski, and DeLaSalle Head Coach Dave Thorson, I prefer to maintain a casual, unassuming persona, as to not alienate pretty much everyone around me at any given time. Well enough about me. Here’s the 10 most important things that happened in the NBA last night…
Spike Lee Sat Courtside in Cleveland
Clearly the only thing bigger than Spike’s love of basketball is his bank account. How this guy continually does shit like this is beyond me. I can only assume he goes on Craigslist like,

“Hey, this is Spike Lee. I’ve got hella money. I will give some of it to you in exchange for your courtside seat. I mean I got so much money that it will like, change your life homie. I get that it would be fun for you to be courtside at LBJ’s second first home game in Clevo ever but just think about how comfortable it will be watching it from your couch while you’re sittin’ on a cool mil. Hit me up. One Love, Spike.” 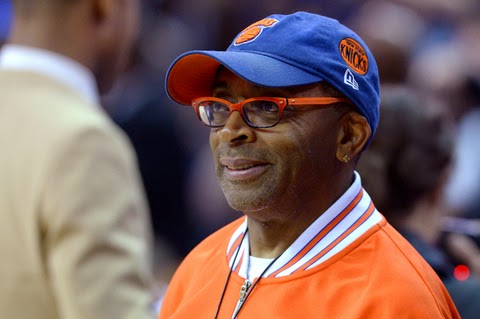 LeBron James and Kevin Love Flexed
The increasingly unlikeable Kevin “Knuckle Pushups” Love threw a dope full-court pass to the mostly still unlikeable LeBron James which resulted in not only an easy two points, but these completely likeable bicep-riffic screen caps that I took with my cell phone. 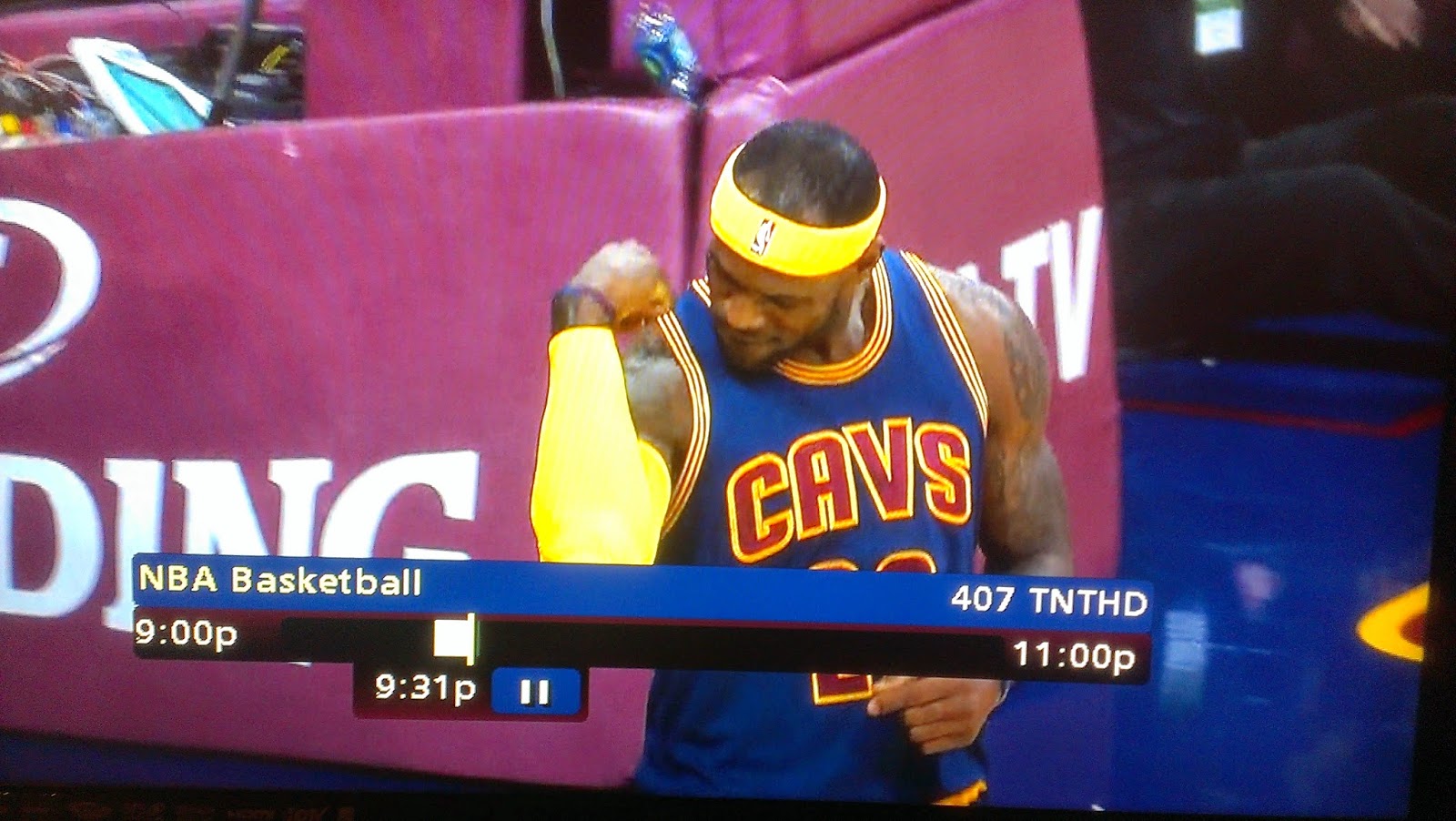 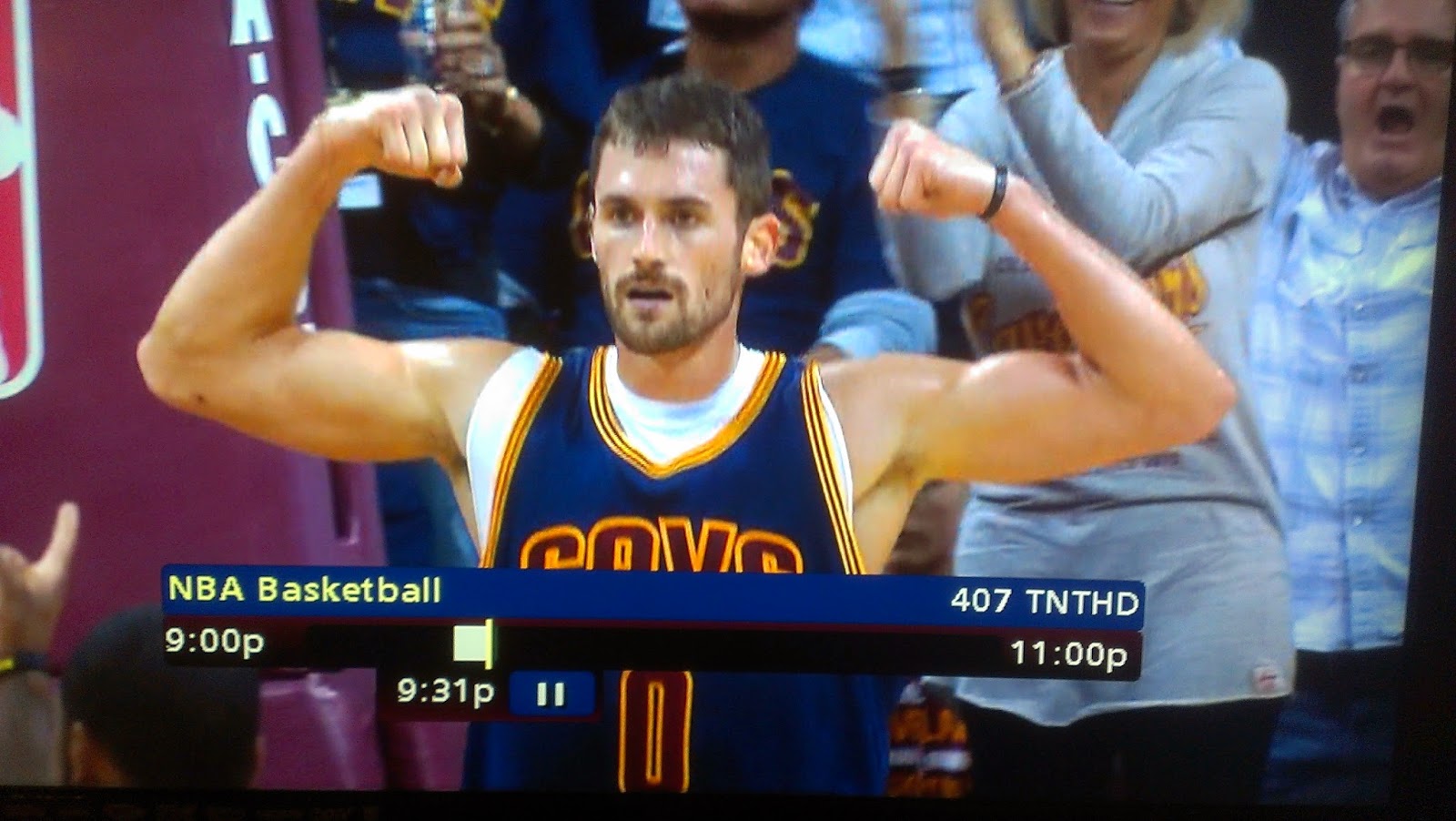 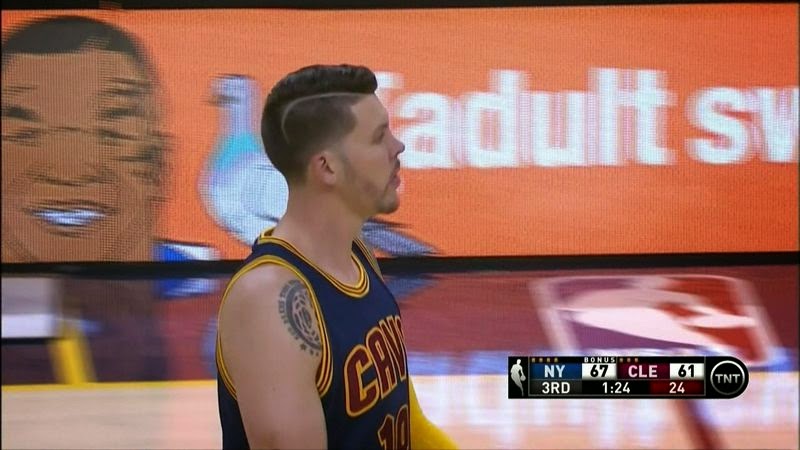 Jason Smith Made Me Aware That He’s a Thing That Exists
Until he did that little dick move to LeBron where you try to slap the ball away after the whistle has been blown and then acted like he didn’t do anything at all—even going so far as to say to the ref, “I didn’t do anything at all”—I had no idea who this big goof of a white guy was. On top of that he sealed the Cavs loss with a couple free throws. OK, Jason Smith, I see you. 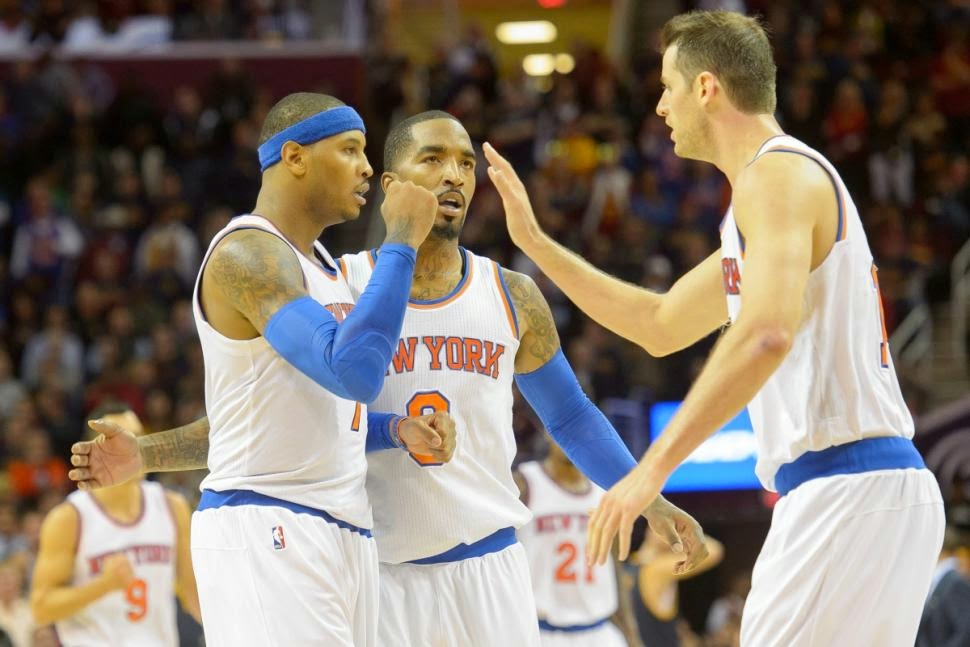 The Cavs Lost
I’m sort of mad at LBJ and chronic weight fluctuation-er Kevin Love for making me cheer against Kyrie Irving. And also for making it way more expensive to go see the Cavs when they come to Minneapolis for their matchup with America’sTeam.

I attempted to see Kyrie play in person two seasons ago but he was hurt. So instead my friend Matt and I kept ourselves entertained by spending the entire game drinking expensive light beers and talking about whether or not that curly-haired white guy on the Cavs bench was Luke Walton. We could have just looked up the roster on our phones but that would’ve ruined the fun. Turns out it was him and holy shit were we ever overjoyed when he checked in to the game.

Although it’s not the same type of 2010 Miami Heat hatred, I am casually rooting against the Cavs now. Sorry Kyrie. It’s not you, it’s me. 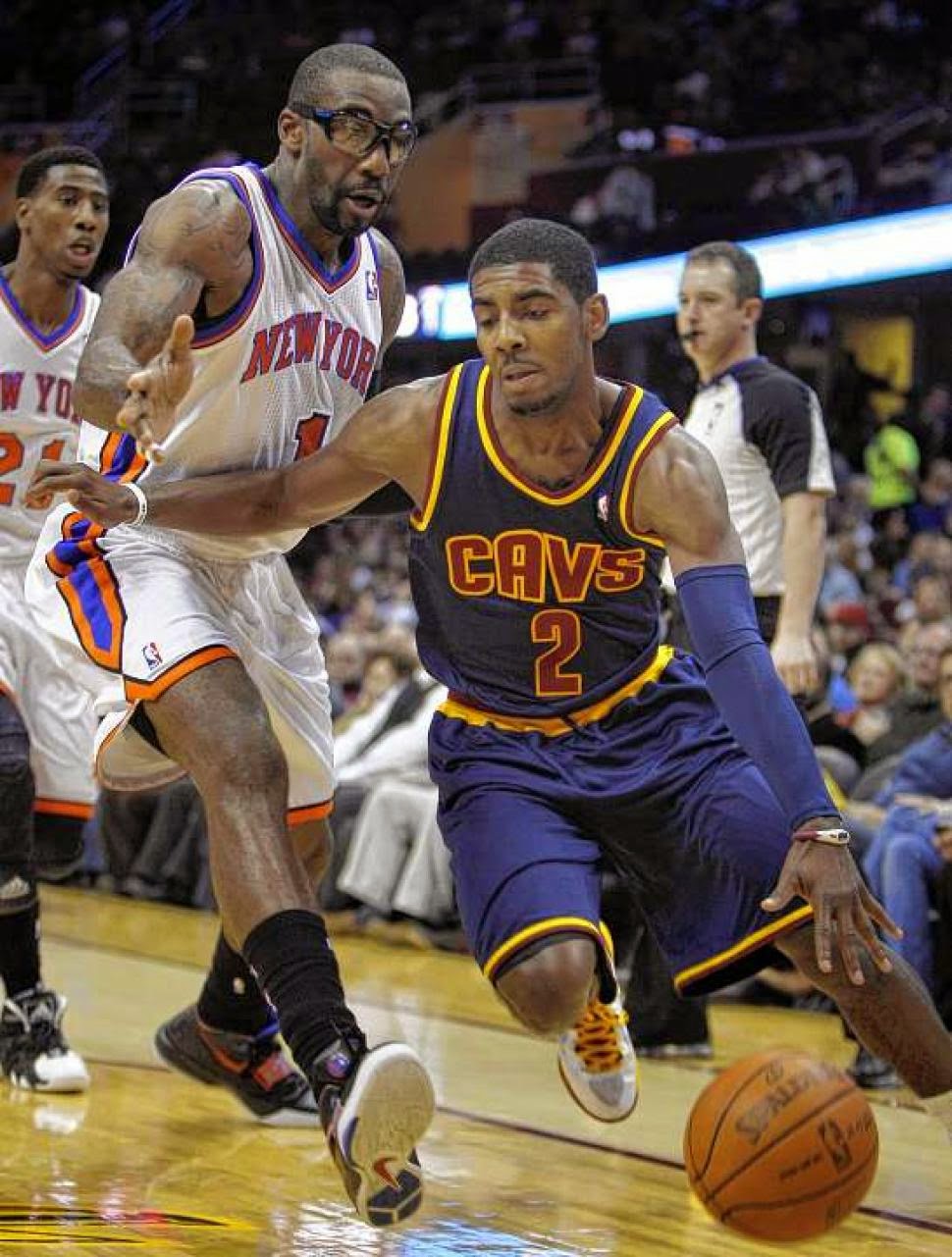 Russell Westbrook Channeled His Inner Eddie Murphy
Never mind that Russ fractured is hand last night or that he attempted confront a Clippers fan who was yelling “UCLA” at him. (I mean, come one dude, you did go to UCLA and you were in Los Angeles.) That’s nothing compared to his pre-game arena arrival where he dressed in the most Westbrook-y of outfits. I don’t think it’s too far a stretch to say he’s one vanity scarf and a drunk dad joke away from being Eddie Murphy in Raw. Evan Fournier Had Hair Potential
Wait, what the fuck year is it? I’d really like to see Evan continue to grow out the top while still shaving the sides and back. You know, go with the full-on ‘90s white guy who listens to alternative music hairstyle. There’s a college freshman who wears Doc Martens and long sleeves under his tee shirts and ties flannels around his waist still in me somewhere that will really love it. 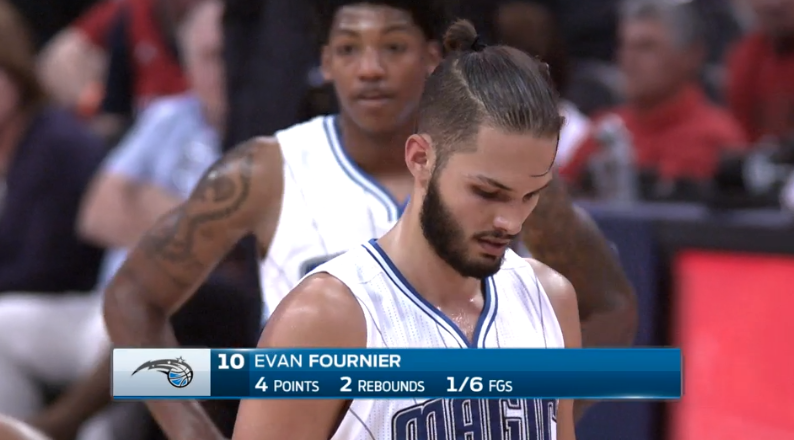 Paul Pierce Wore a Wizards Uniform
This is so fucked up. I could handle him on the Nets last year, mostly because he was still playing with KG and because the Nets unis aren’t that different from the Celtics. But seeing him in the Wizards uni is like having a migraine or seizure or taking a hit off of a nitrous balloon; you have to squint to concentrate and the lights are really bright and there’s a ringing in your ears and then you black out because you can’t breathe. 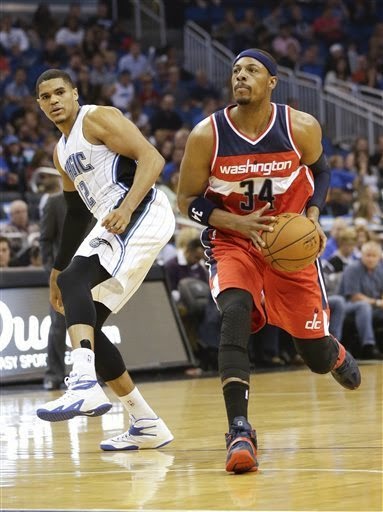 Jordan Farmar Played for the Clippers
Aside from a couple seasons Jordan Farmar has somehow managed to play his entire career in L.A. He played HS ball at Woodland Hills, went to UCLA and did two stints with the Lakers before landing with the Clippers this season. Farmar comes to Lob City right from the Fakers, much like Matt Barnes did in 2012.  As a certified Lakers Hater and an OG Clipper Flipper I can’t not like this.

If you’ve ever been to a Lakers vs. Clippers game you know that shit’s real. Lakers fans HATE that the Clip Show has taken over L.A. Two years ago I went to the season kickoff game between the two at the Staples Center. The Lakers were the home team, so they had all their shit plastered everywhere, including a giant canvas photo of suspected anal rapist Kobe Bryant hanging up outside the arena. I had my buddy Dan take a picture of me giving it the middle finger before the game and it damn near got me killed. Dan was so scared he didn't want to inside after that. 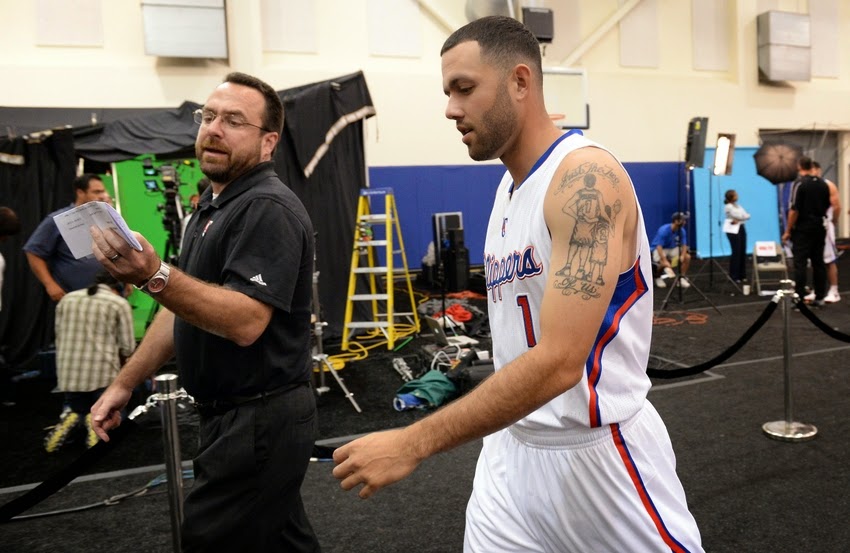 Welcome to America’s Team, Big Zach. As they say in your native Seattle, mass dope! 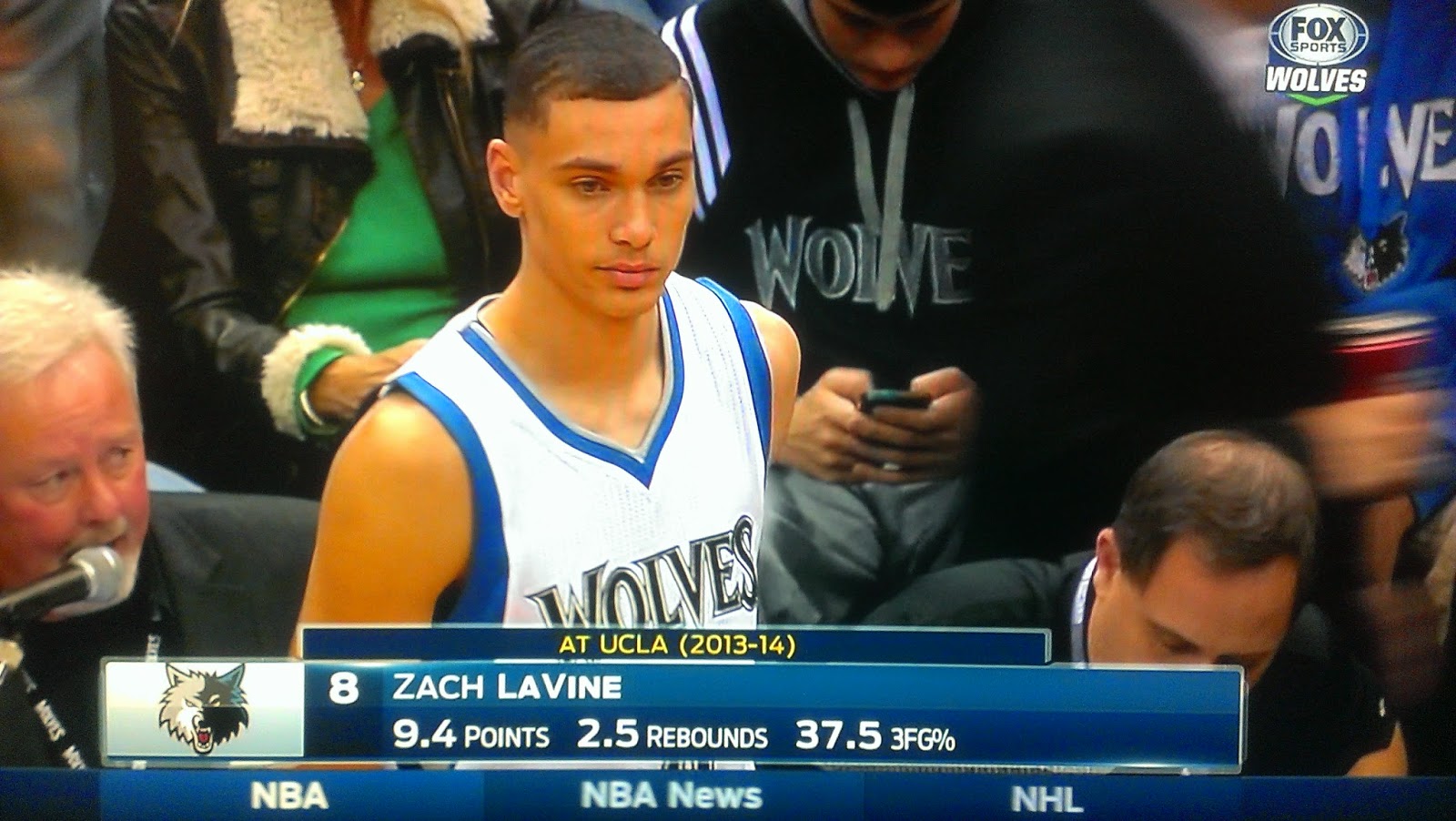 Honorable Mentions: Kevin Love started going gray; Trey Burke made me interested in the Utah Jazz for the first time in, oh, probably forever; Coran Butler and Mo Williams made me wonder why anyone has ever traded them; and the free League Pass trial brought “Handsome” Chandler Parsons back into my life after a long summer away from each other.

Oh, and this weird thing happened at the end of the Clippers vs. OKC game... 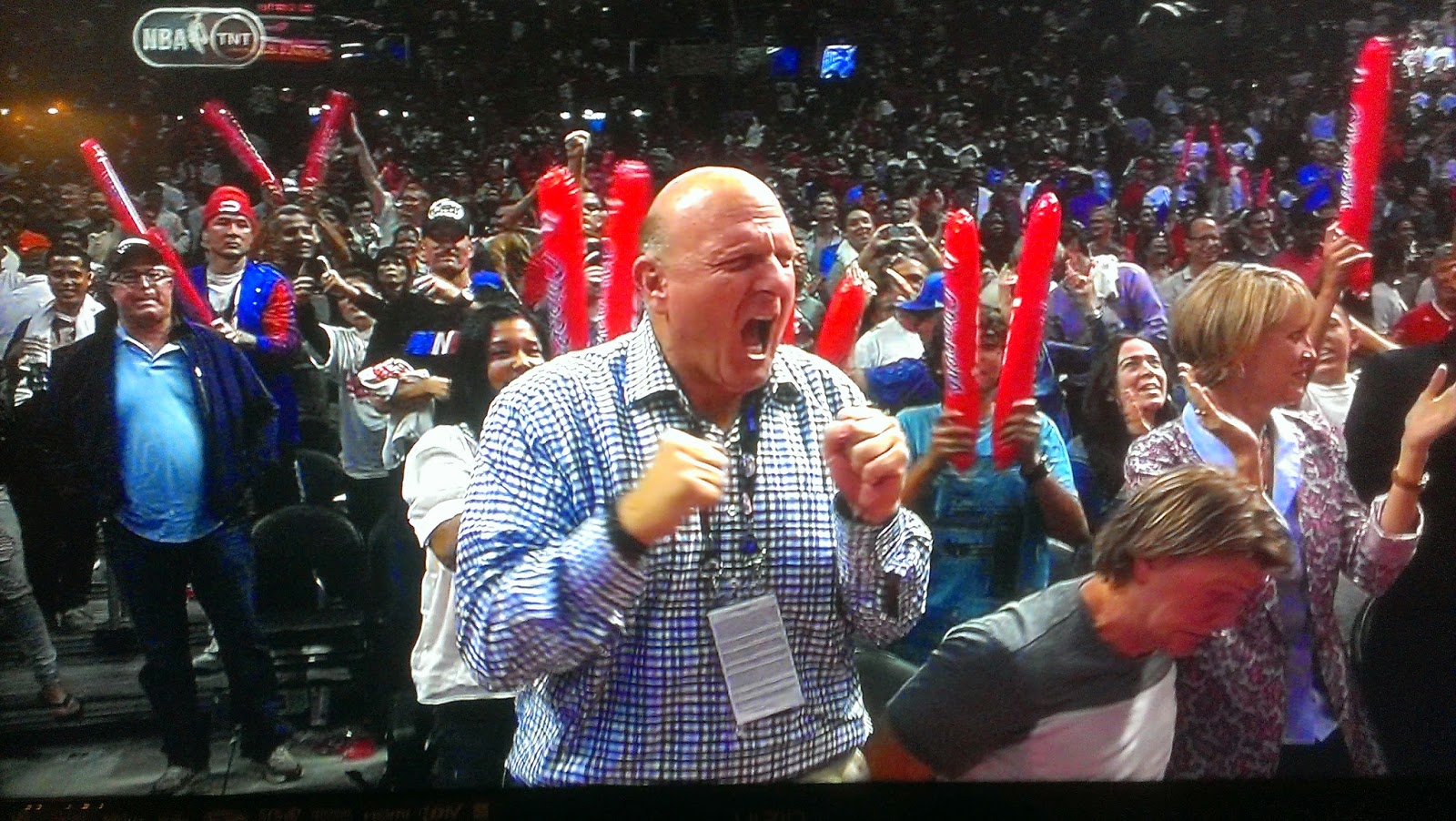 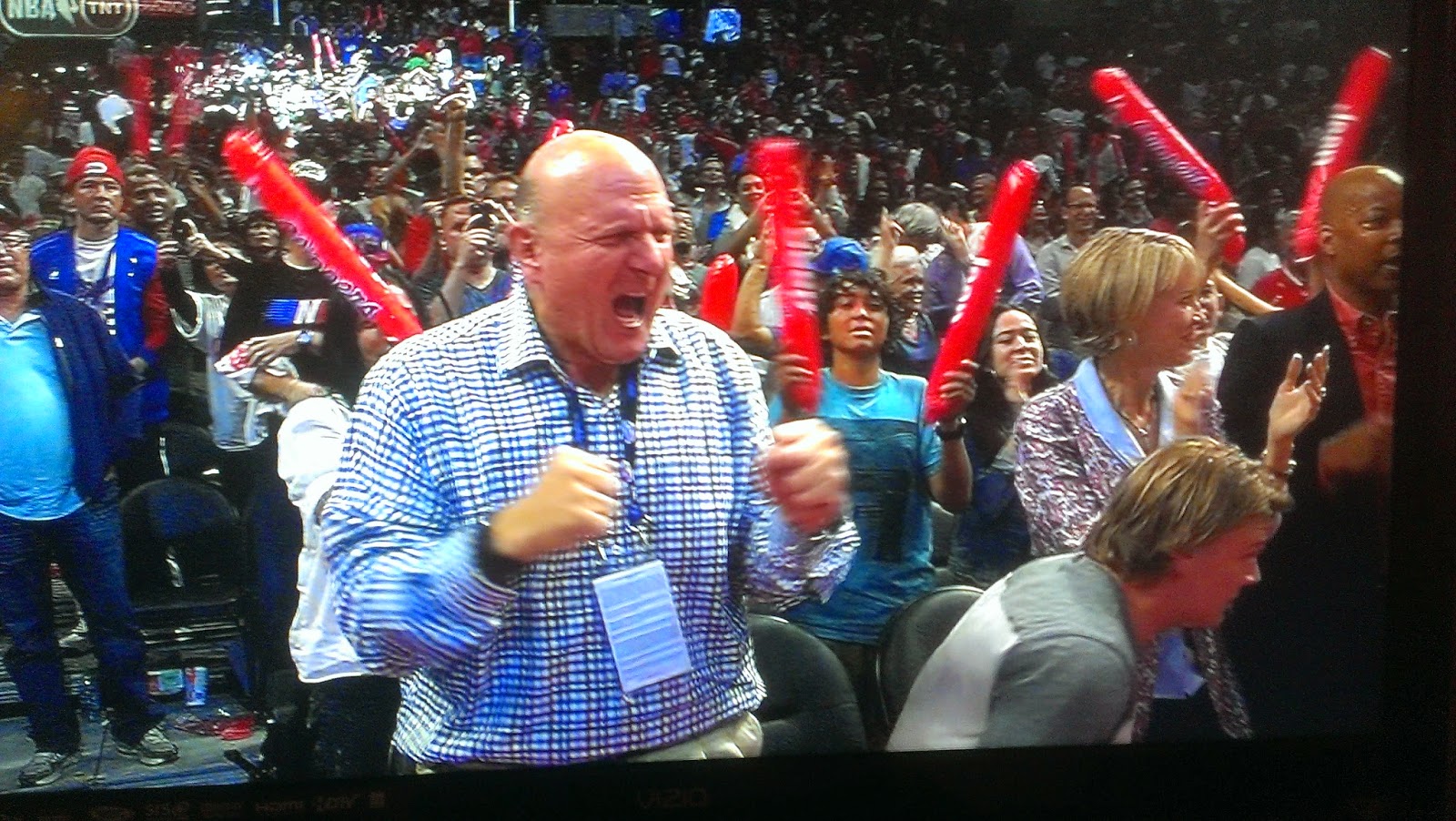 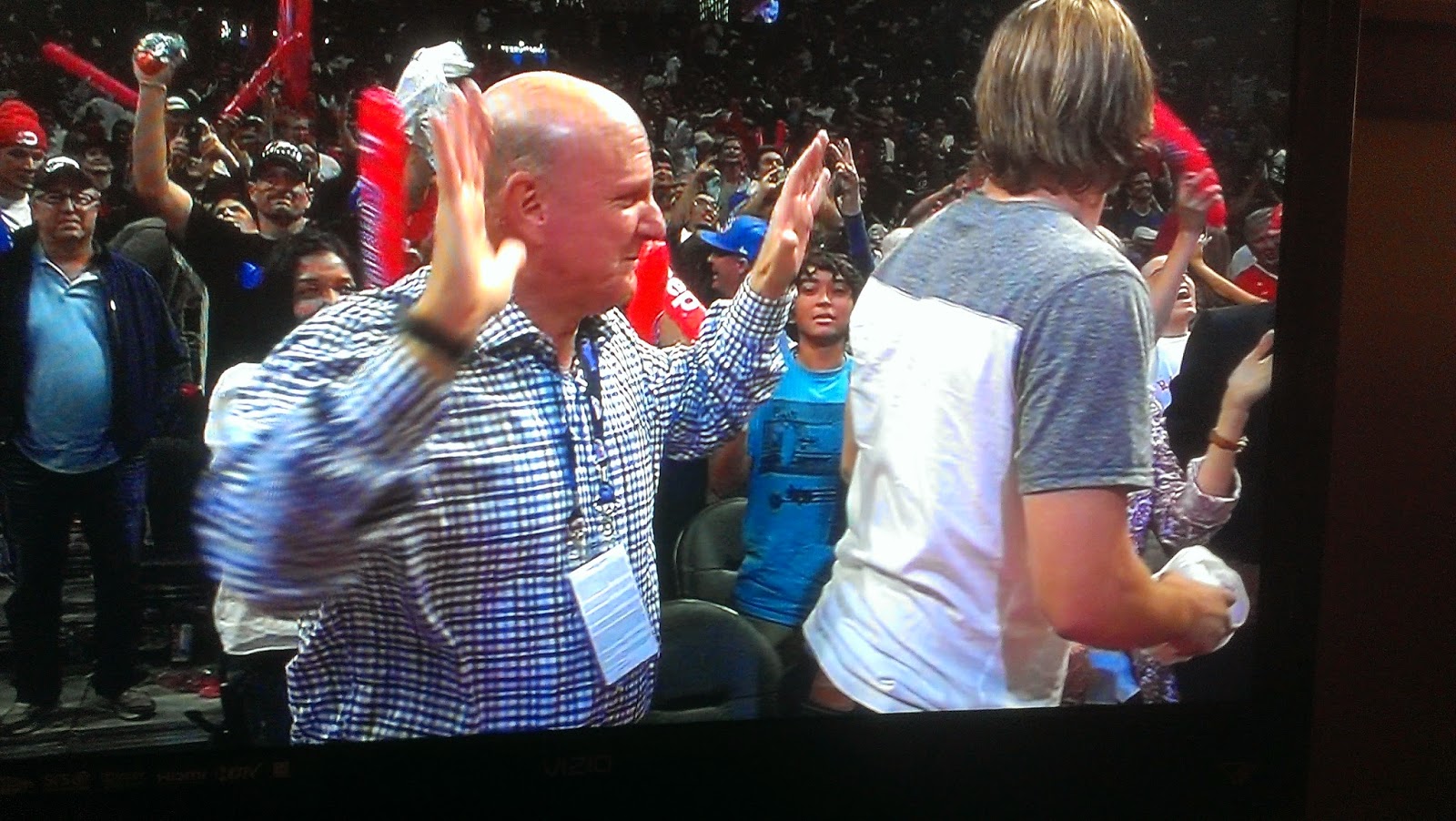 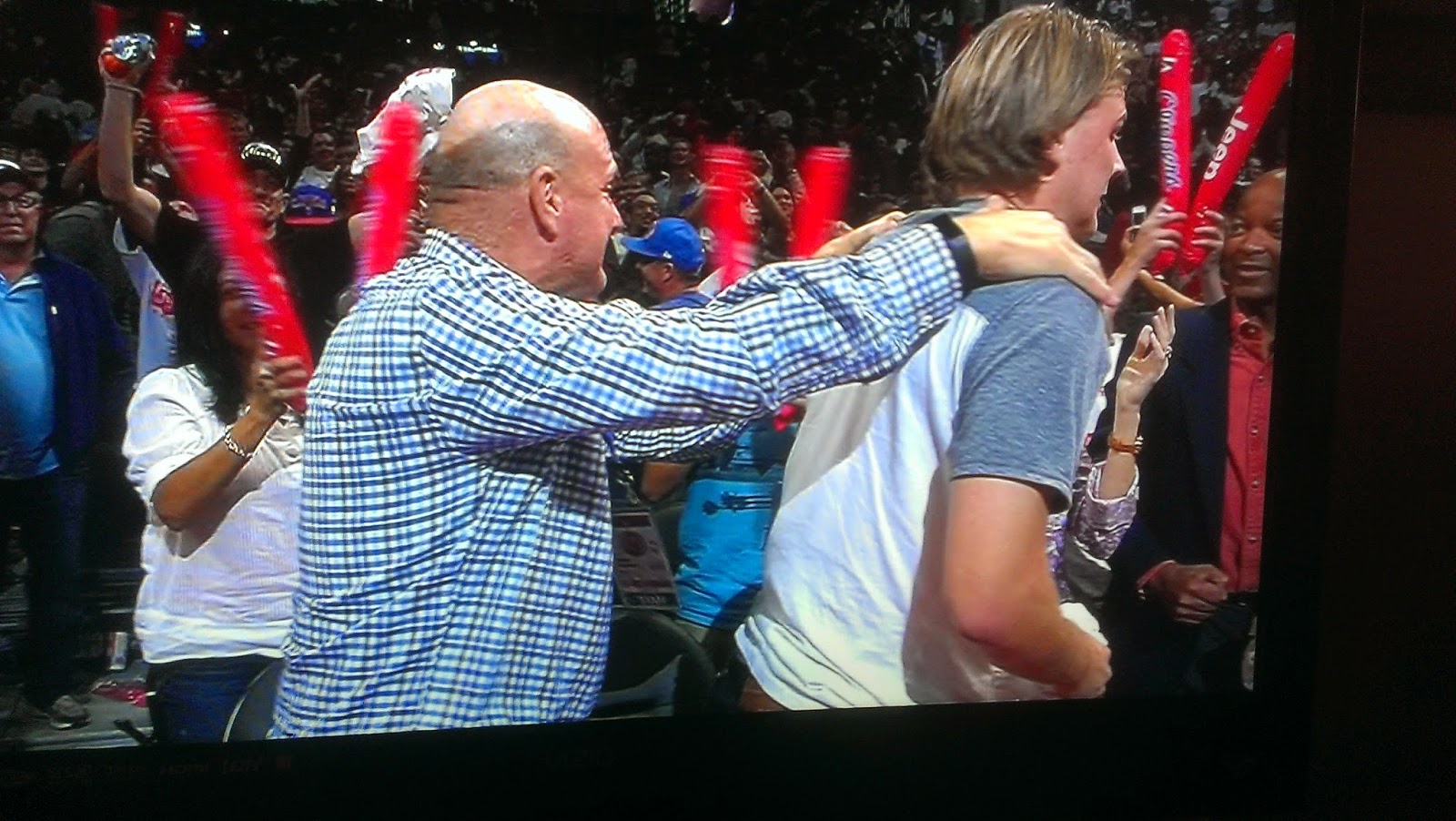 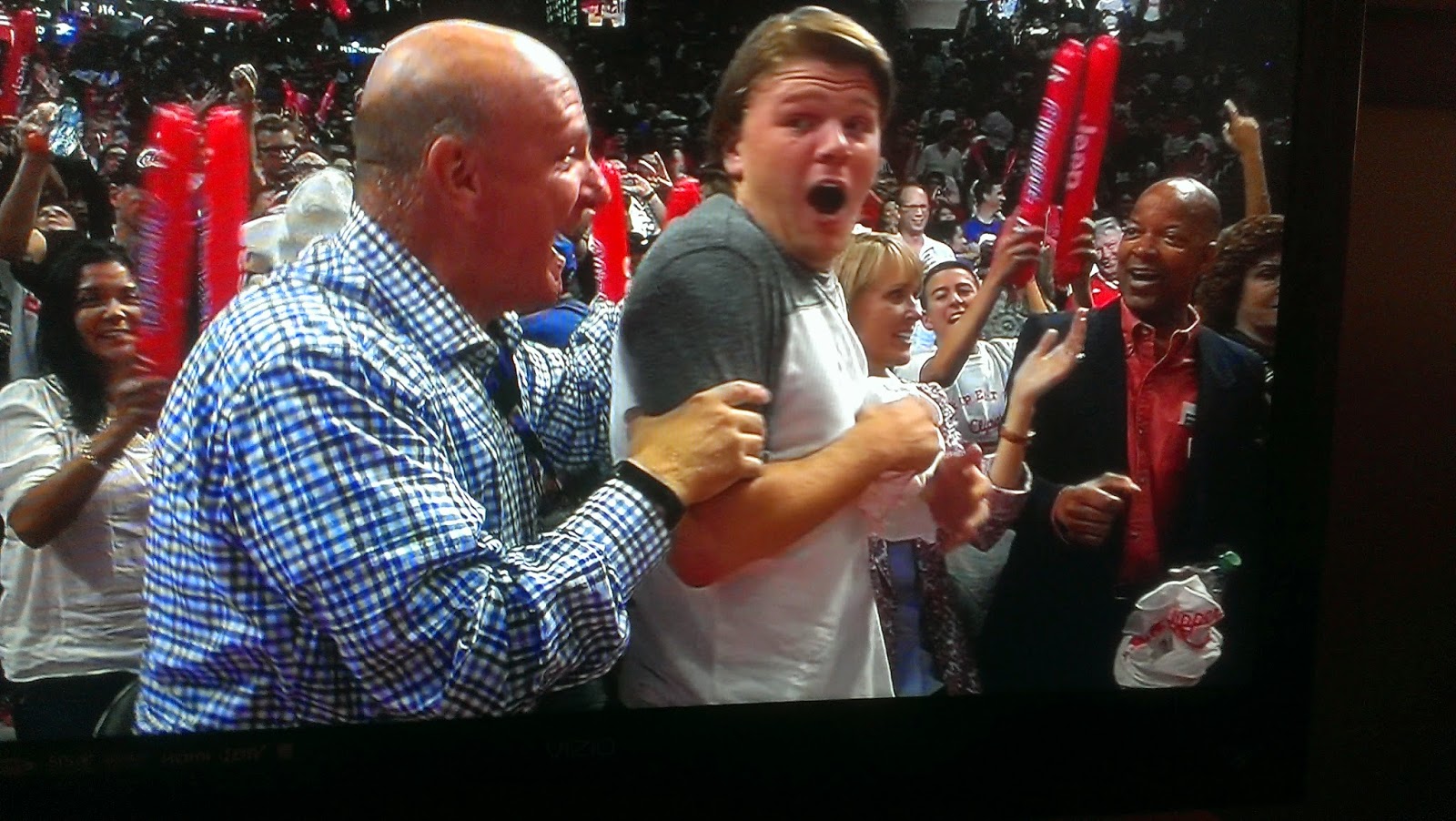 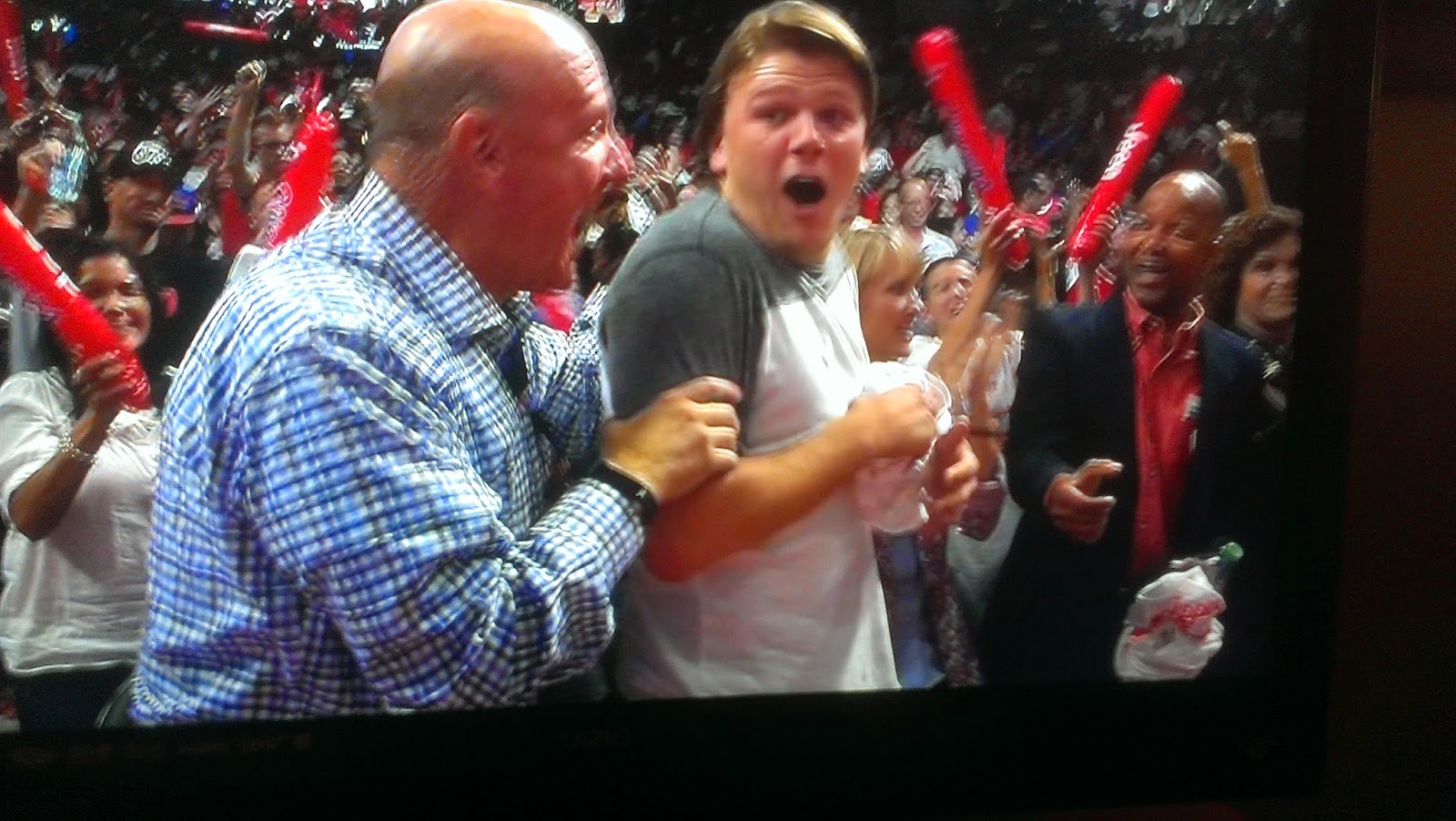 Have a good weekend, you guys.
No comments: 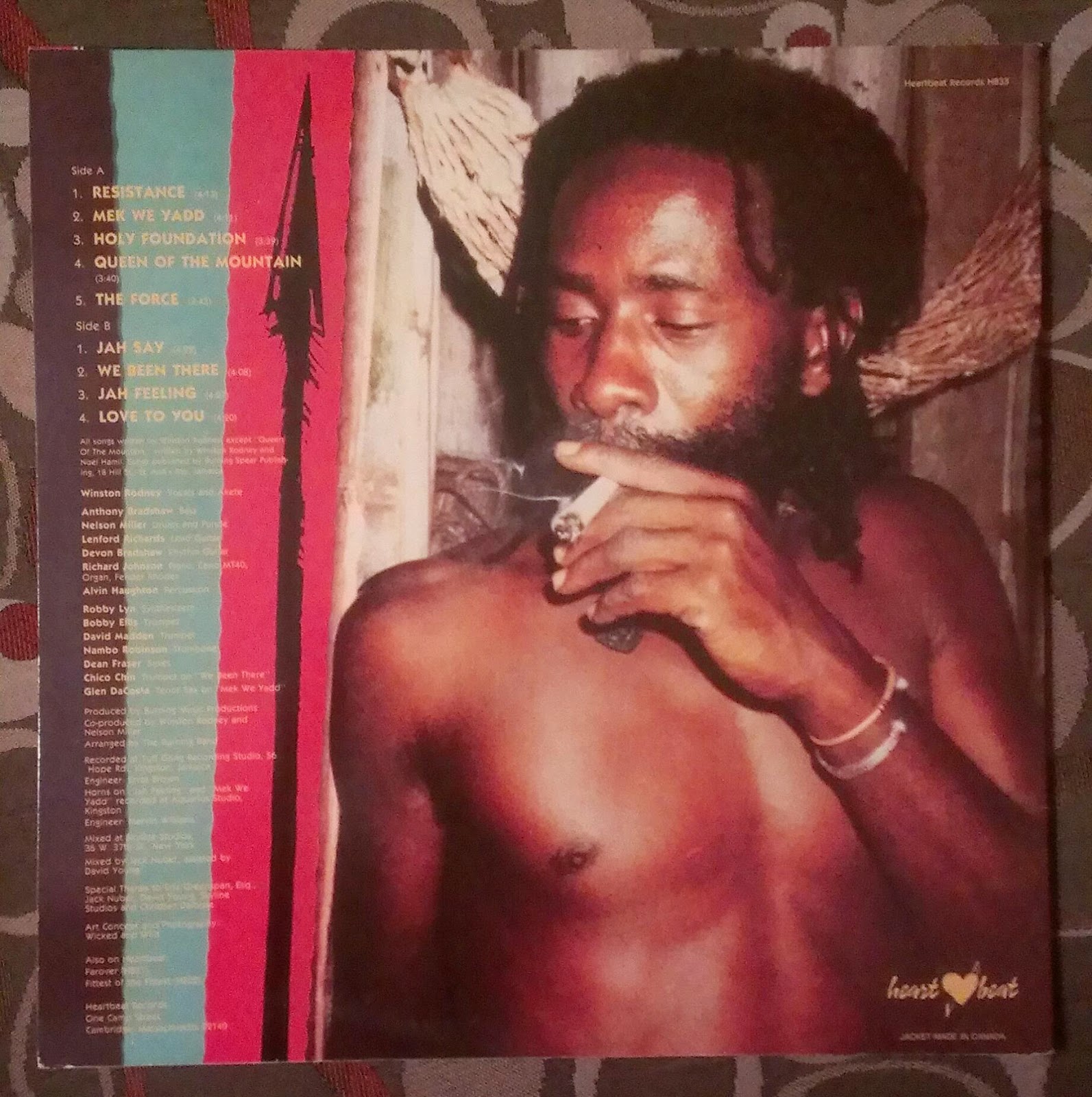 Long time no talk, guys. Hope you've all been doing really well. Here's the latest edition of HotDogDayz Radio. In addition to filling us in on what's been going on his life (mostly getting fat) Nathan spins all vinyl sets that includes reggae, dub, dancehall, and deejay-centric hip-hop. Check it out and let us know what you think. Thanks for listening!
-BNB

Zine inquires and other stuff can be emailed to BNB at: bnb@hotdgodayz.com 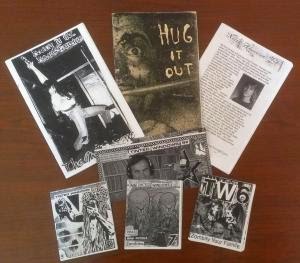 Nathan's Zine Review: Hug It Out, Tinted Windows, Bacon In The Beans
By Nathan G. O'Brien for Tuff Gnarl

The first zine I ever laid eyes on was one my mother gave me when I was very young. It was an art zine that was filled with collages and spooky line drawings. As I slowly thumbed through the visually mesmerizing pages, I had the same type of hey-I can-do-this realization that’s birthed a million punk bands.

I wrote my first zine in junior high school. My friend and I, both being somewhat artistic—he more than me—and heavy into professional wrestling—me more than him, decided it would be cool to make our own wrestling newsletter. Using standard notebook paper we drew pictures of guys like Nikolai Volkoff & Boris Zukhov and wrote small paragraphs about “Hacksaw” Jim Duggan’s debut on WWF Superstars. It lasted all of one issue and nobody saw it except for us but boy did we love it. Fast forward through a few ill-fated attempts over the years to the present day and I am a full-fledged zinester. I read, make, trade, buy, sell and actively seek out zines.

So the purpose of this column will be to shed light on some the zines I’ve acquired.  ...Read entire article, including zine reviews here.
No comments: