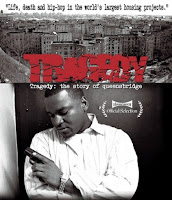 I know; not really a review, but I bet it only took a minute to read.  Let's call it even.