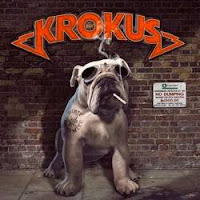 It might come as a surprise that in the year 2013 Krokus—yes, that Krokus—have released a new album. And what might be even more surprising, at least to someone not in the know—such as myself—is that said album isn’t just some sort of reunion effort but rather the latest in a long string of releases, dating back to the year 1976. That’s right, Krokus—a band that I thought hadn’t existed since the pinup pages of ‘80s metal magazines like, Metal Edge, Circus and Hit Parader, where they appeared alongside the likes Keel, Rough Cutt, King Kobra and countless others—never actually went away. As it turns out, Dirty Dynamite is the 17th—yes, 17th!— Krokus record to date. And here’s another surprising thing: it’s pretty damn good.  ...read entire rock 'n' roll-ass record review here.