The Soda Killers issue #6 OUT NOW~! 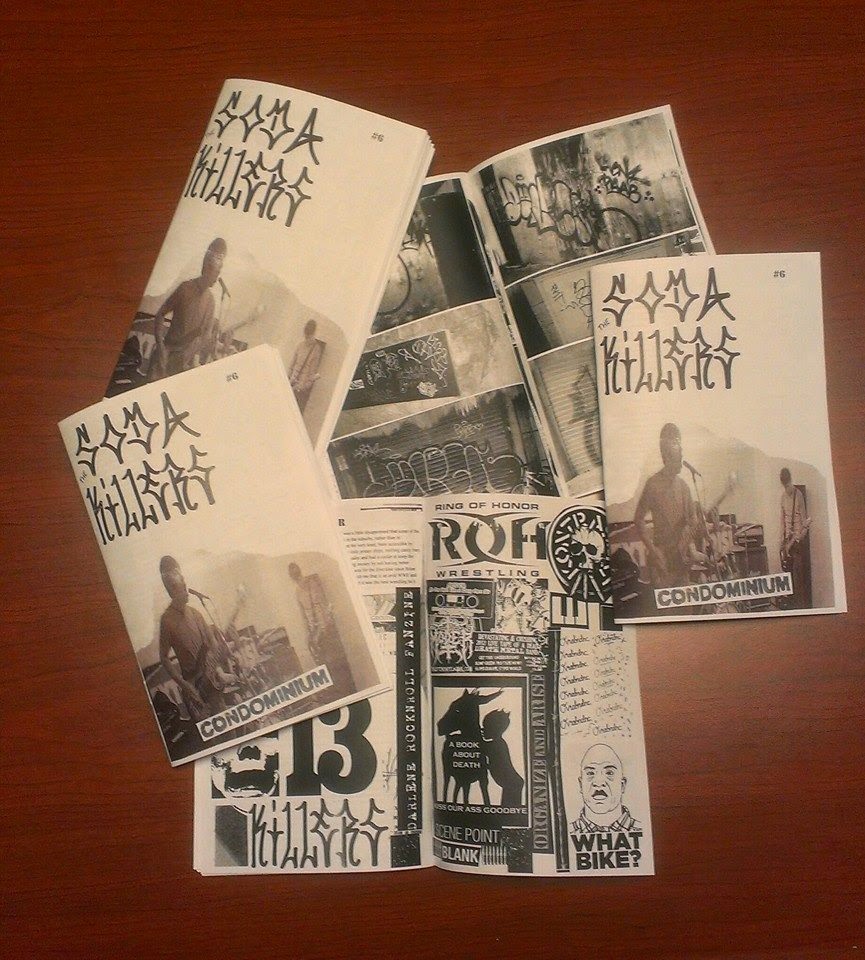 Well here we are with the six six sixth issue of The Soda Killers. In addition to Nathan’s normal record reviews, he’s also done a lengthy interview with Condominium (the Twin Cities'/the World's best band) that was originally rejected by Maximum RockNRoll Magazine because it broke the rules of punk.

This winter’s weather has been so brutal that it’s stifled not only our desire to go out and create art but to capture it as well. The idea of pulling out my camera on a below zero day with a bunch of wind chill kicking my ass to flick a new tag makes my fingers feel like icicles just thinking about it. That being said, we were able to escape the winter for one week though, and came back with handful of graff flicks from a warmer climate. You’ll find some of those in here as well as a brief piece on the Kodak Kidd by yours truly.

Aside from the Condominium interview, which we are very excited about, we are also happy to include words from some new contributors. Our newest Northwest correspondent Vincent Kisena sent in a piece, as did our book-hocking motherly friend The Book Goddess. And a special shoutout also goes to Luke Rusch of fanzines Too Good to be Hood and Heart of the City. He created the new TSK logo on the front. (Check out OVRABNDNC)