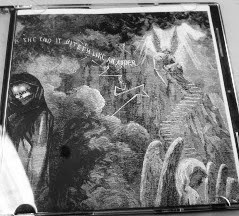 This review by Nathan is an excerpt from issue #5 of The Soda Killers fanzine. We still have a few laying around. Let us know if you want a copy and we'll get it out to you ASAP!
-BNB

This was included in a package of various cassettes, CDs and CD-Rs sent from Luke Sick, member of various Bay Area rap groups, Megakut label head, and creator of the fanzine, Let’s Side. Not sure what his connection, if any, is to In The End It Biteth Like An Adder but it’s cool to get stuff like this in the same package as a bunch of rap tapes.  It’s a nice reminder that the underground comes in various forms, and that while individuals may be mostly associated in certain areas, are not tied to just one genre or outlet. The name of the band is as odd as the music on the disc.  Depending on when and where I listen to it, my opinion of it varies. On one hand I think it’s just weird noise for the sake of being weird noise. On the other hand I think it's incredibly creative and well thought-out soundscapes, designed with the express intent of fucking with my head.  It’s a drugged-out mishmash of break beats, dub, and various instruments that musicians play, even if not in the intended manner.  I’m not sure that last sentence makes sense, but you’d probably find it apropos if you heard this disc.  The title of this is 4/7/13 – Rehearsal, which makes sense since I get the distinct feeling that the music was improved on the spot.  Love the dope DIY zine-style collage artwork that accompanies it too. 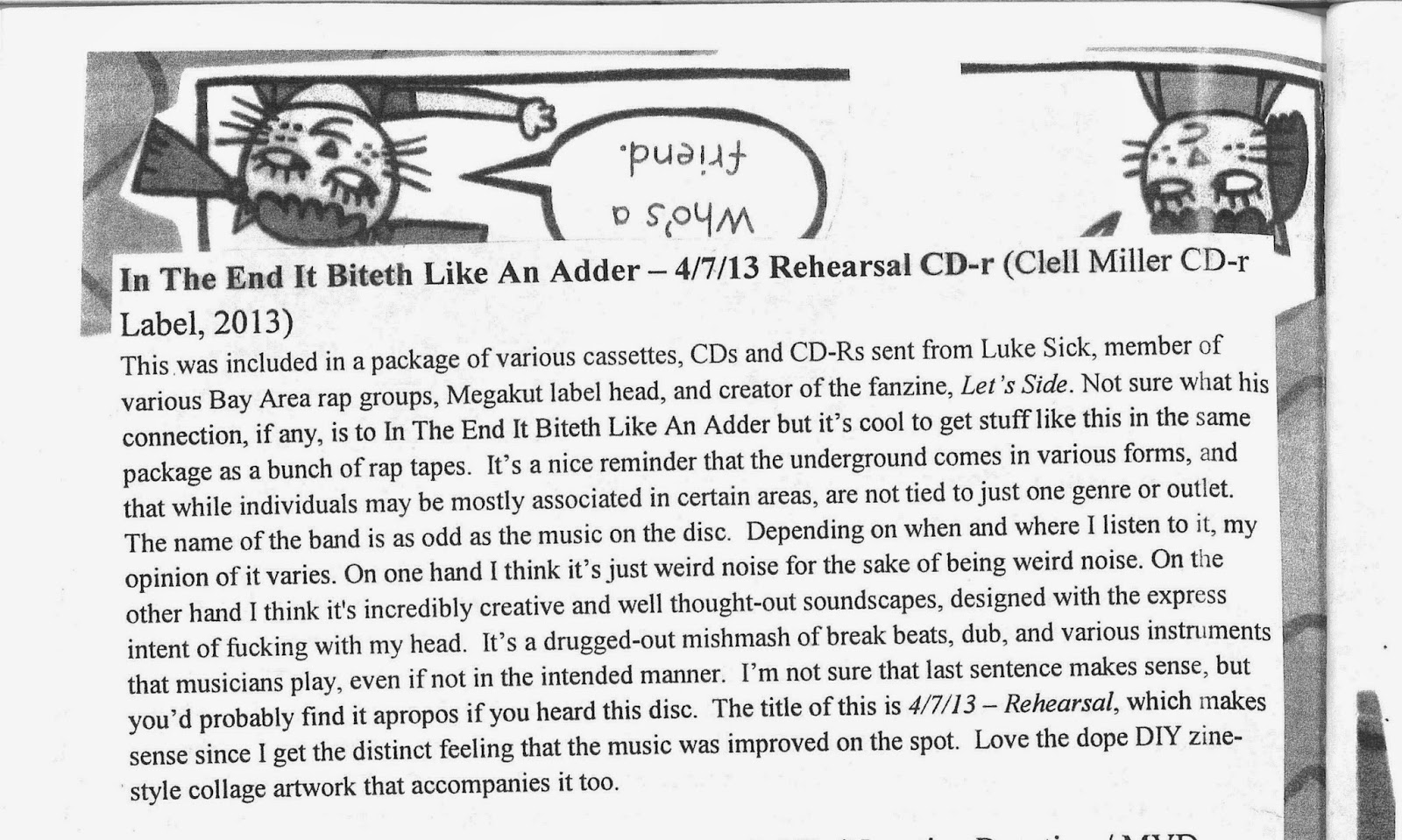