The Best Cassettes of 2014
By Nathan G. O'Brien on Tuff Gnarl

Continuing our year-end best-of coverage, here's a list of the best cassettes from the past 12 months. It was originally posted on Tuff Gnarl and came with one of Nathan's signature navel-gazing intros, all of which you can read here.
-BNB 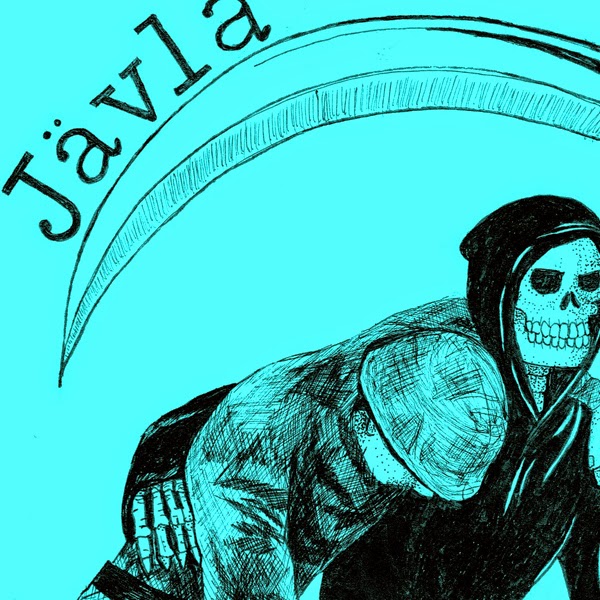 Jävla – Demo 2014 (Flophouse Records & Tapes)
Four-piece teenage outfit from the suburbs of Washington, DC paying tribute to Swedish crust bands. And just to make sure you know we’re on some total juvenile type shit here, the band’s name means “Fuckin’” in Swedish. Standard demo tape packaging, although I really like the artwork (a drawing of a grim reaper helping a wounded soldier) and the aqua blue paper it’s photocopied on. Despite the preconceived notions of Scandi-core, especially given the use of umlauts in the band name, it’s hard to ignore the USHC similarities. Whether or not this was band’s intended outcome, it’s the most obvious aspect of their sound. Shit’s tough, yo. Like tuff tough. 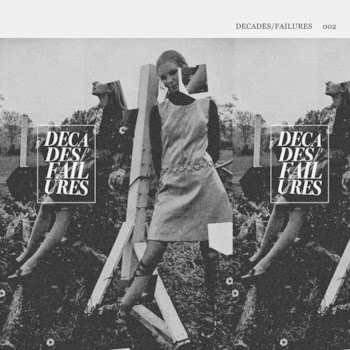 Decades/Failures – 002 (Dead Tank Records)
One-man project out of Richmond, VA. Bone-chilling coldwave, dark synth-punk, and electronic post-punk. Seven lengthy songs (averaging five minutes each) of modern goth at its finest. It’s a really nice professionally-printed package to boot. Infectious dance beats flow seamlessly alongside atmospheric keys and a dejected baritone voice that’s on par with Ian Curtis. And that’s coming from a guy who walked down the aisle to “Love Will Tear Us Apart.” 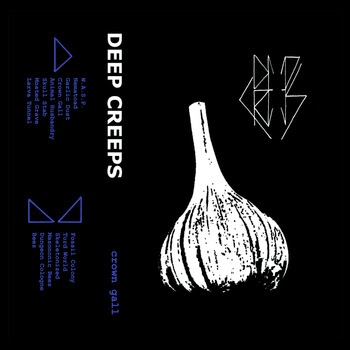 Deep Creeps – Crown Gall (Self-Released)
Scuzzbucket metalcore-tinged punk from Boise, ID. The bass is downright nasty – just deep and crunched the fuck out. Vocals are tortured and pissed, and reminiscent of ‘90s Midwestern hardcore act Disembodied. This isn’t a demo tape. There are 14 tracks here and they come on a pro-printed purple cassette with a nice multicolored J-card. (I think there’s a vinyl version too.) The majority of the tracks are fairly short. Although a few are fleshed out past three minutes with some subterranean swampbutt fuzz and a guy saying “arrrgh” or “ooogah” a lot. 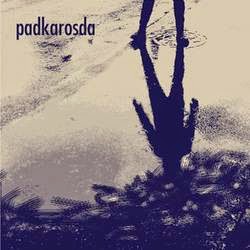 Padkarosda – Szabadulásom Művészete (Wake Up and Live Records)
Hungarian band that plays a ’80s-influenced style of punk. They use vocal effects and dissonant guitars to push the sound beyond the confines of simple genre tags like ‘raw punk’ or ‘hardcore.’ I’m not real familiar with the old Hungarian bands these guys claim to be influenced by but I hear discernible bits of other international hardcore acts in there; like Italy’s Stinky Rats, Finland’s Riistetyt, and Spain’s Glam. This is a cassette-only version for release in the US. It’s really nice packaging, all done in various shades of purple, which really adds to the aura of the music contained therein. The bass is distorted and subbed to death, which I love, while the drumming is both frantic and on point. But it’s the uniquely atmospheric guitar effects at play here that standout as the band’s defining sound. 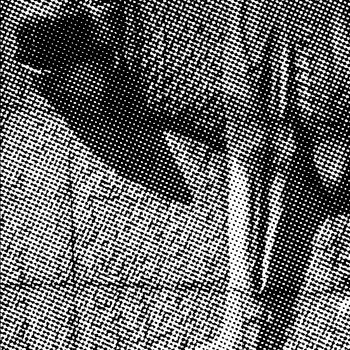 Narcoman – Demo (Sorry State Records)
These riffs have been played a million times before but who cares; that’s what we love about this punk stuff, right? Kind of tough vocals but kind of snotty too – a touch of Oi! going on there. Guitars have a ’80s USHC vibe to them. Some pretty awesome drumming that’s distraught and noisy. Overall sound is melodic but in a lip-curling, snarly way. Nice packaging is a plus too – pro-duplicated, purple tape, and stiff screen-printed J-card with lyrics insert. Get pissed to it. 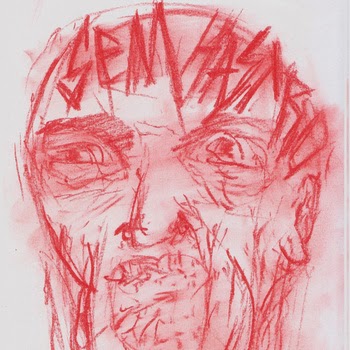 Sem Hastro – Demo 2014 (Flophouse Records & Tapes)
Crucial and potent hardcore punk out of Washington DC, with a dude from Brazil on vocals. Aside from one song, which is sung in English, I would guess the lyrics are in Spanish…or Portuguese…or Italian. I’m sorry if that sounds really dipshit-white-boy of me but I just don’t know. Now that we’ve established I’m an idiot I’d like to move on. The J-card is two-sided red paper with drawings on one side and a dope band photo on the other. Sore throat vocals and mid-to-face-paced riffing reminds me a bit of early ‘90s Casualties. You know, back when they were less street-punk-y and actually kind of, ah, good. Now I feel bad about that comparison because these guys are much, much better. Porcodio’s Nessun Posto Per Me 7” would also be an accurate frame of reference I suppose. Basically I’m totally into it. 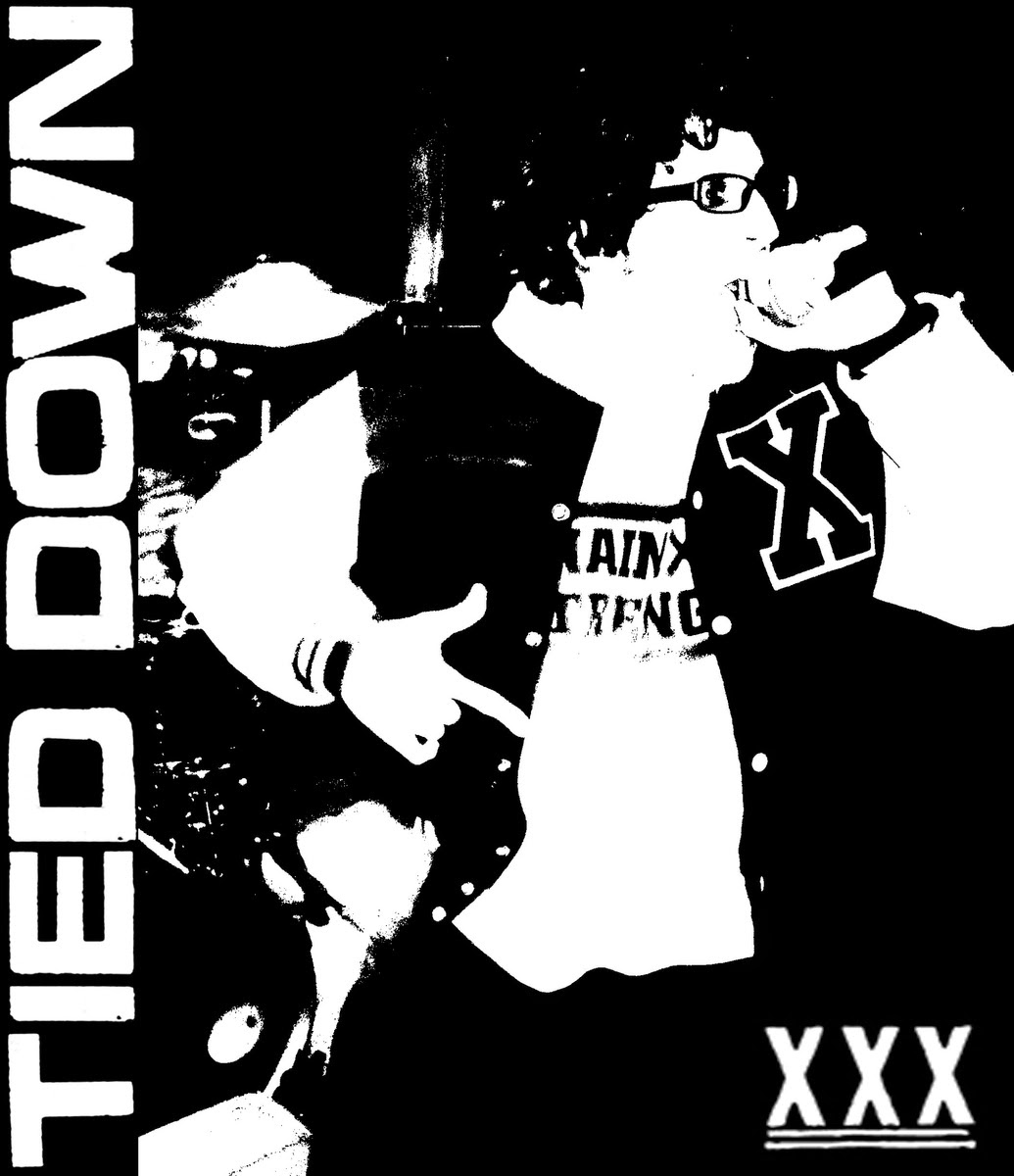 Tied Down – Demo +2 (Self-Released)
No apologies youth crew/Youth of Today copycat act out of Buffalo, NY. The J-card has a high-contrast black and white photo of the singer wearing an X letterman’s jacket and a Chain of Strength hoodie, so you know exactly what you’re in for. Windmills, lawn mowers, gorillas, pile-ons; all that shit – bring it on. All jokes aside, this is some killer stuff. It’s a re-release of their 2012 demo plus two new songs. I prefer sXe hardcore that has a raw, punk edge to it, and these guys totally nail it. 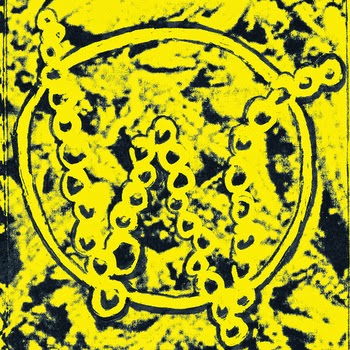 Wriggle – Demo (Sorry State Records)
I really like this. Fast, dirty and angry hardcore. There are bits of longer, raucous art-damage interjected but you kind of have to be paying attention to catch ‘em. Fitting that they’re named Wriggle because that’s what it makes me do – wriggle around in equal parts disgust and delight. As with many of the acts on Sorry State, they’re from North Carolina. Final track closes out with a dope breakdown part. The J-card is kind of flimsy and miscut but whatever; it’s punk so it doesn’t matter. 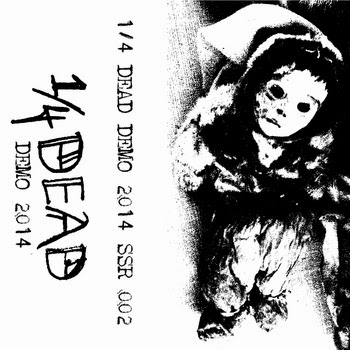 1/4 Dead – Demo 2014 (Subsidence Studios & Recordings)
Noisy, freakout hardcore that’s unpredictable and groovy at the same time. Shayne of Hostile Records and Stabbing Brains fanzine plays in this band (although I’m not sure which instrument) along with three other people. It’s probably safe to assume they are from New Jersey then too. The vocals are really airy, like they were recorded at the opposite end of a long hallway for maximum fuck-your-head-up-with-resonance effect. The J-card and lyrics insert is DIY as all heck – black and white photocopied on normal paper. The whole thing makes me feel dirty and uncomfortable. Like trying to sleep in a truck stop motel room that used to be a meth lab. 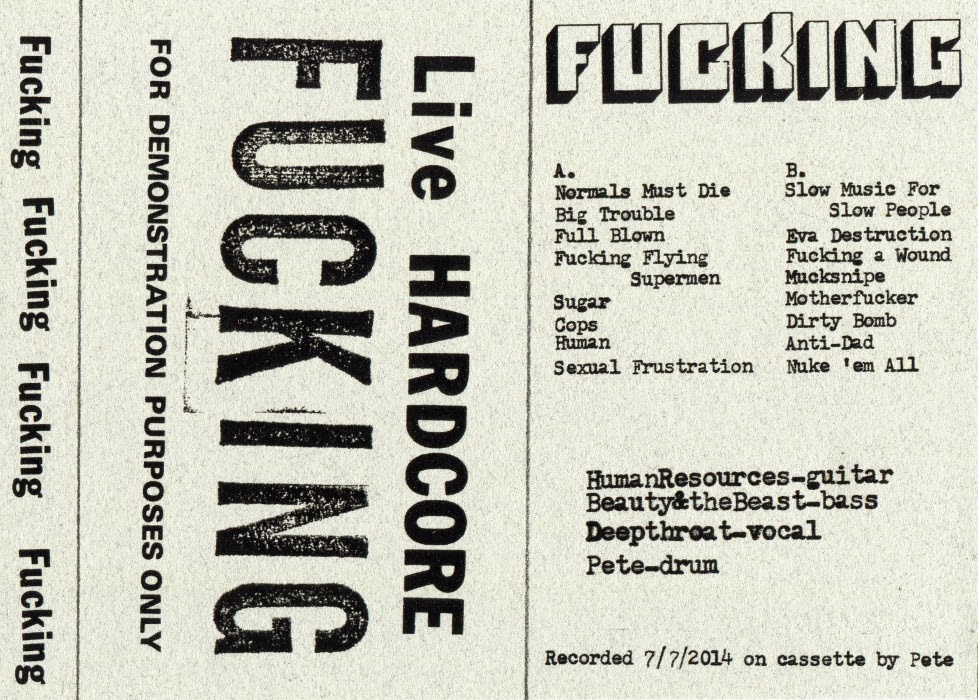