Tweet
When I sat down to write this intro I started thinking about what I was going to say, and I was like, "hold up, haven't I written basically the same thing every year?" The answer is yes. So this year I'm just going to copy and paste last year's intro because aint nothin' changed ya'll...

I'm not going to lie, when it comes to rap music, I'm getting old. Don't get me wrong, I'm not stuck in the past—I keep up on the new shit—but variance-wise, I'm not exactly trying to expand my horizons anymore. I prefer the type of rap that doesn't stray far from the original blueprint; birthed in the late '70s, developed throughout the '80s, and damn-near perfected in the '90s. That is: dope beats, hard rhymes, and cuts. I've said it before and I'll say it again: call me a grumpy curmudgeon if you must, but do so knowing that are very few things that I'm as passionate about as rap music. My approach to hip-hop is the same as that of a big man holding down the lane on a basketball court: Don't Bring That Weak Shit In Here. So, with that, here's my favorite rap music from the past 12 months.

Not a numerical list, rather alphabetical. Rankings are bullshit. Fight with me about it on Twitter.
-Nathan G. O'Brien 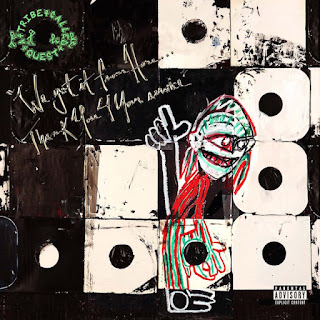 A Tribe Called Quest - We Got it From Here… Thank You 4 Your Service (Epic)
Yo, this is so ill I might even go back and listen to The Love Movement again. Ha, naw man, I won't be doing that anytime soon. But holy shit, how great is this record? I like to joke around a lot but on the inside I'm an emotional dude with a lot of feelings, and this one brings tears to my eyes every single time I listen to it. I took my son to the Electric Fetus the day this came out on CD. Nearly everyone in the store—even like, 60-year-old women—had a copy in their hands; a testament to Tribe's legacy as a brand you can trust. We put it on in the car and drove around the whole city listening to it in entirety. And let me tell you, the tears were rollin'. The first track "The Space Program" is classic Tribe, and brings back a ton of memories. (I saw them three times back in the day: on Lollapalooza, at Smokin' Grooves, and opening for the Beasties on the Hello Nasty tour. In addition, they were the background music during some key moments in my history. I've too many Tribe-soundtracked memories to list here.) Even though it's Phife's versus that I love the most on here, I like how obvious it is that Q-Tip orchestrated the whole thing. Word has it he was like, "Yo, if we're going to do this record, you're all coming to my place in Jersey and we're doing it together." So they were all in one place, rather than Dropboxing rhymes to each other as is all to common these days. It's one of the most cohesive rap records to drop in a long while. And, yo, did you catch that Prince-type ish Tip does on "Solid Wall of Sound?" I don't normally fucks with singing in my rap music but that's dope. 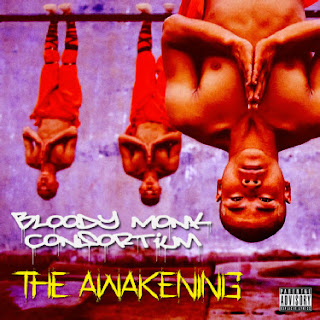 Bloody Monk Consortium - The Awakening (Self-Released)
Luke Sick hipped me to these cats. This is monster guerrilla-style rap out of San Jose that's (sort of) shrouded in (a bit of) mystery (for me personally). (Basically, I've held off on learning too much about them because I like vibe I get and I don't want anything ruining that.) Labal-S and Leeroy Destroy are the only two emcees but they rap in way that brings to mind larger crew classics like the Boot Camp Click or Da Lench Mob. Production comes from a handful of dudes, but there's continuity in it in that they all seem dedicated to hard-ass drums. It's on that take-no-prisoners cipher tip. I just wanna rock baggy sweats and bucket hats and drive around in a Jeep, bumping this on cassette, while smoking Dutch Masters like it's '95 up in this bitch. 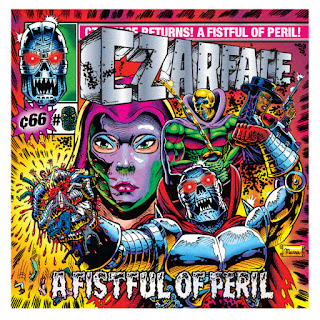 Czarface - A Fistful of Peril (Silver Age)
When these guys dropped their first album back in 2013 I hadn't really been feeling 7L & Esoteric in a long time, but my curiosity was piqued by the comic book imagery, the promise of pro-wrestling references, and interest in new Inspectah Deck material. Over the course of three raw-as-fuck boom-bap albums they've turned me into a believer. The drums are hard and the sub is deep; a ginormous sound complimented by dexterous emceeing and turntablism. 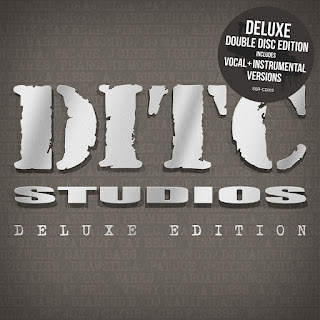 D.I.T.C. - D.I.T.C. Studios (Self-Released)
When I was a kid Diggin' In The Crates always seemed elusive to me. I mean, yeah, production-wise they were responsible for a ton of the stuff I was listening to. I was always cognizant of the name, but also kind of confused as to who they were. Information just wasn't as available as it is now. We had to rely on magazines like Rap Pages or The Source and catching videos on Yo! MTV Raps. Even then, at least for a kid growing up in the woods, a crew like D.I.T.C. wasn't as readily available for consumption as the bigger names. So I had to catch up on stuff like Word... Life, Funky Technician, Runaway Slave, and Stunts, Blunts, and Hip-Hop after the fact. These days I'm a full-fledged D.I.T.C. nerd, so when this new crew album dropped I was all over it. 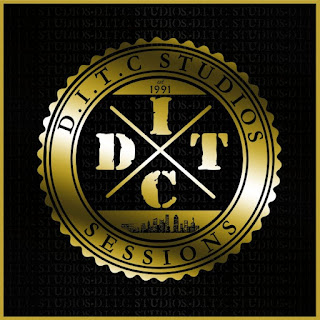 D.I.T.C. - Sessions (Self-Released)
See above, except this one is better. 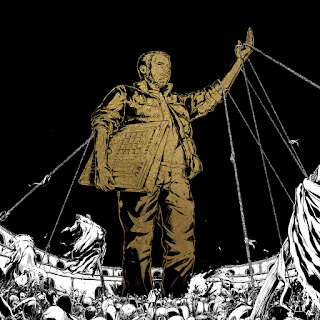 Discourse - Megalomaniac (Crate Cartel)
As a respected rap music opinionator, my inbox is overrun with files of terrible hip-hop that get skimmed and deleted in a matter of minutes. Likewise my mailbox often exists solely as layover station for CD-Rs awaiting their rightful place in the garbage can. (Pro tip: send cassettes if you want to get noticed. Seriously, even if you just dub your CD-R onto cassette and fold the insert enough to fit inside a tape case you're greatly increasing your chances.) But every so often something like this lands on my desk that makes it all worthwhile. Discourse is a producer/deejay from Australia that makes music heavily influenced by the '90s East Coast sound. This is his debut album. As someone who looks back fondly on the days of deejay mixed tapes, I'm a sucker for a good producer album like this. And this one is exceptionally cool due to his eclectic selection of emcees. You'll find Tragedy Khadafi, Starvin B, and AG alongside some international flavor from the likes of Lazy Grey, Ramson Badbonez, and Raven. 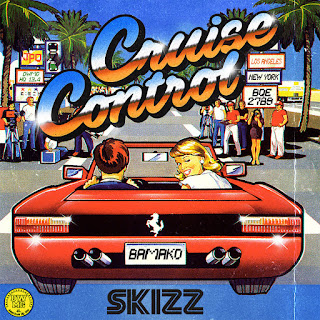 DJ Skizz - Cruise Control (Different Worlds)
Skizz is a producer and turntablist known for his work behind the boards of heavyweights like Lil' Fame, Havoc, and Sean Price. Most recently he's been working as Your Old Droog's producer and tour deejay. Even though he's been in the game for nearly 15 years this is only his second album. Ya'll know I go bananas for that grimy shit. Which is why I almost didn't go for this when it came out, because the stupid cover art kept throwing me off. But I eventually went in on it based off the strength of his first album, B.Q.E. Boom-bap is the name of the game here. Evidence, Roc Marciano, Rapper Noyd, and Hus Kingpin take turns on the mic, as do many others. 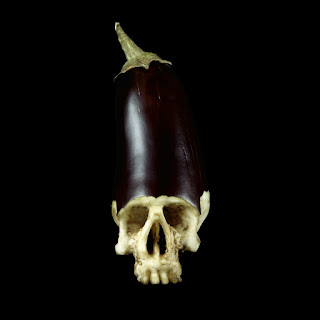 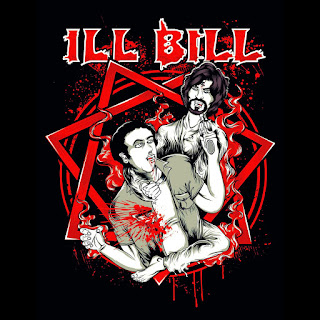 Ill Bill - Septagram (Uncle Howie)
Nearly 15 years have passed since The Future Is Now, the debut album by Non Phixion, which featured a grip of hip-hop’s most sought-after producers and some menacing and poignant lyricism, and the vehicle that placed Ill Bill immediately into the annals of underground hip-hop greatness. Ill Bill is back once more with the wallop and the score. Not as interpersonal as 2013's The Grimy Awards, but just as forceful and mean-mugged as ever. And this time Non Phixion compatriot Goretex is back in the fold. 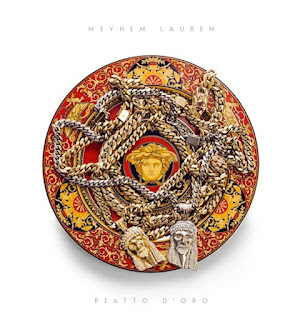 Meyhem Lauren - Piatto D'Oro (mixtape)
This was a free download that preceded an "album" or whatever. I didn't really fuck with Precious Metals because it was was kinda wack, and then because it seemingly vanished. (Perhaps Meyhem realized he already put out his best stuff this year and pulled it back. Or maybe he wanted to rethink those Harry Fraud beats, I don't know.) But that doesn't matter because Piatto D'Oro is the superior product. 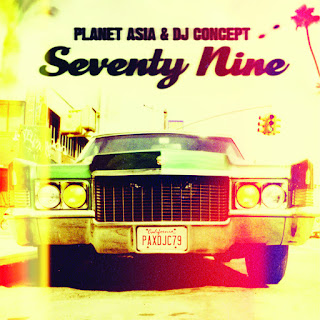 Planet Asia & DJ Concept - Seventy Nine (Coalmine)
I haven't checked in with Planet Asia since 2013 when he did the Durag Dynasty album and that dope Abrasions joint with Gensu Dean. So when I saw this was on Coalmine, I knew it would be worth my time 'cause they don't put out wack shit. (Do ya'll fuck with Coalmine records? If not, you should.) Concept's beats remind me of Apollo Brown, who reminds me of Pete Rock, and that's never a bad thing. Yo, there's an audio sample of a police shooting on here that's straight-up heartbreaking though. But if you like rap music that places emphasis on mic prowess rather than personality and marketability you'll love this. 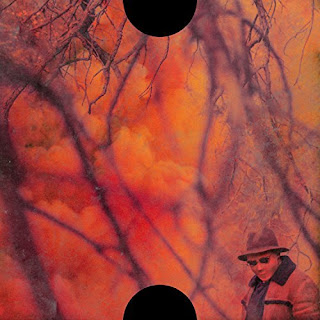 Schoolboy Q - Blank Face (Top Dawg)
Yo, Schoolboy Q is T.D.E. I mean, let's not even fuck around here, Kendrick sucks now (he's at his best when he's guesting on other people's tracks) and like, does anybody know who else is even in the crew? What's weird is one of the things I always hated about 2Pac is the same thing I love about Schoolboy Q: he's a gangster with feelings. 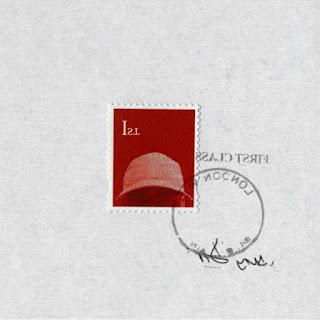 Skepta - Konnichiwa (Boy Better Know)
I don't mess with grime as much as I did back in like, '03. But this Skepta joint is fresh. 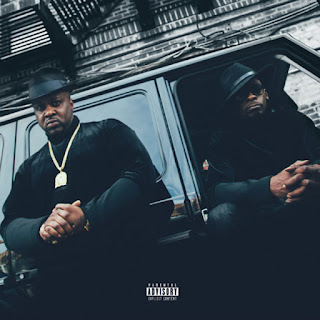 Smoke DZA & Pete Rock - Don't Smoke Rock (Babygrande)
I haven't checked for Smoke DZA in a few years but when you put Pete Rock behind the boards you've got my attention. 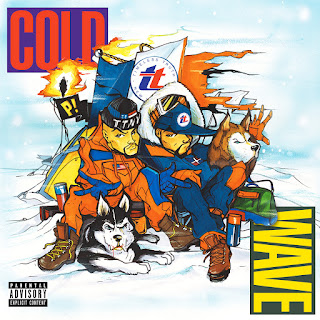 Timeless Truth - Cold Wave (Different Worlds)
This is on that '90s Polo rugby shirts and goose down jackets tip. Gear up for icy expedition through five boroughs boom-bap nostalgia. One of my favorite rap groups in the last handful of years. 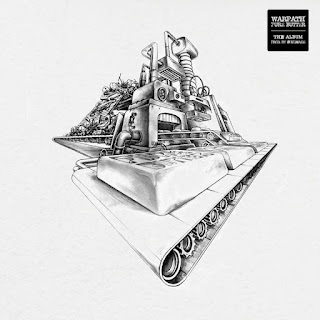 Warpath - Pure Butter (Daily Concept)
One of my favorite things about rap music is discovering new shit that sounds exactly like the old shit.