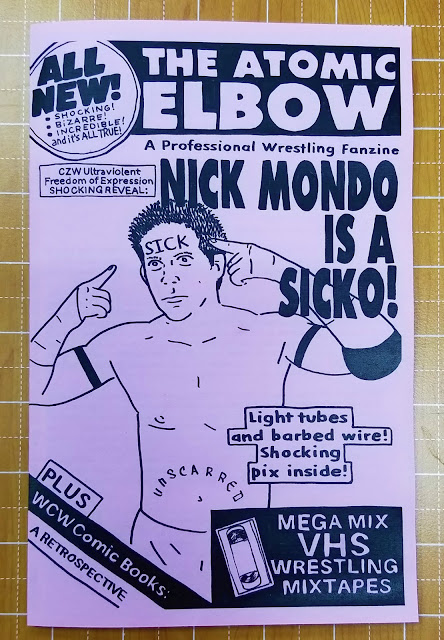 Featuring a retrospective of Marvel's 1992 WCW comic book run, an interview with Sal Petersen of Sal's Mega Mix VHS pro-wrestling mixtapes, viewing MTV's The Challenge through a wrestling fan's lens, record review selections from the intersection of music and pro-wrestling, and a look back at CZW's Ultraviolent Freedom of Expression

Robert, who usually does The Atomic Elbow, did the new issue of Soda Killers Magazine. You can pick that up here.