The Breakfast Nook Omnibus: Talkin' All That Jazz OUT NOW~! 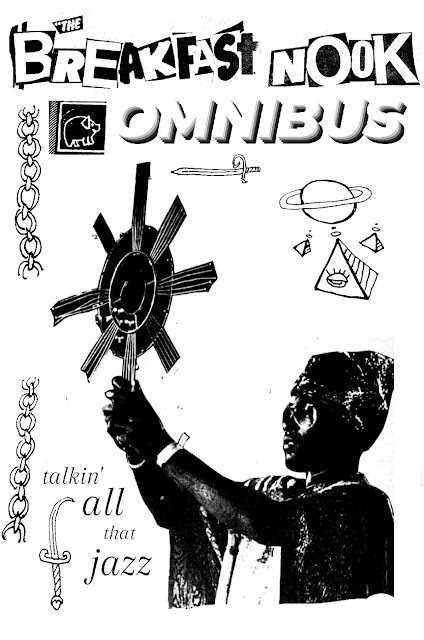 A jazz fanzine for everyone...
"The Breakfast Nook" is a layperson's jazz column that runs occasionally in Soda Killers Magazine.
With the exception of issue 30 (which is nearly gone) all of the issues in which "The Breakfast Nook" have previously appeared are out of print. This ominbus collects the four previous installments, plus some all-new material exclusive to this zine:
Danny Noonan wrote about the collaborative performances between Getachew Ekuria & The Ex, and the resulting album Moa Anbessa
Lydian Brambila wrote a reflective piece about their complicated relationship to jazz and made some accompanying drawings
Nathan G. O'Brien interviewed Martyn, host of NTS Live's jazz program Martyn's Darkest Light, and wrote a brand new fifth installment of "The Breakfast Nook"
Record and tape reviews, art, essays, photos, and more
GET IT HERE