Earlier in the day (before I went to see the Muppets at The Riverview Theater and before we went out to the 'burbs for a hs hoops game) LG and I got up early for coffee, donuts, and live tuneage at the second on installment of Treehouse Records breakfast in-stores. The band was ex-Vampire Hands peeps, Heavy Deeds.  Not bad.  It was like this: older-ish crowd, chill music, super sugary cake-style donuts (from Cafetto, I believe), and a nice brew (also from Cafetto, I think), in which I put--for the first time in a looong time--soy milk.  I miss my soy milk like a mu'fucka.  Donuts too.  Anywhosers, it was, as they say, rad.  I grabbed the latest Maximum RockNRoll and an old used Any Last Words 7".  I don't remember what LG got, but it may have been Cheap Trick vinyl or something.  We talked at length, as is our wont, about a variety of things--music, movies, Tim Tebow (I like him, or rather the idea of him.  LG doesn't), how terrible Packers fans are (not as people, but as shittalking fans) and whether or not I snuck copies of our zines onto the shelves.  (I did, btw.) 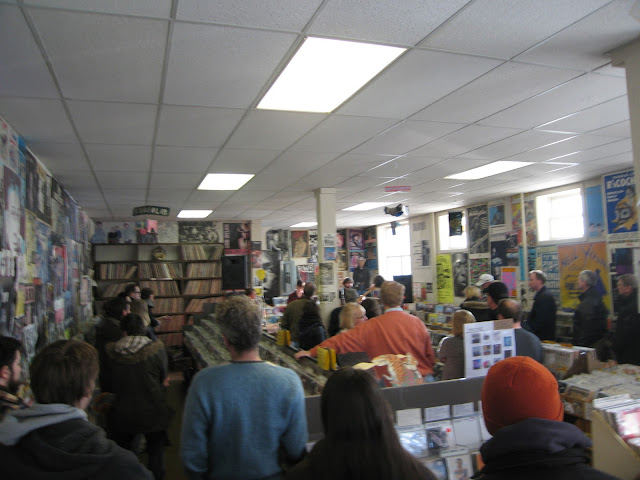 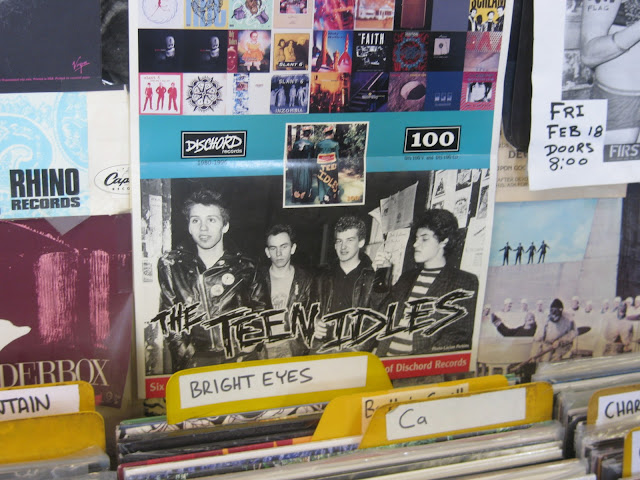 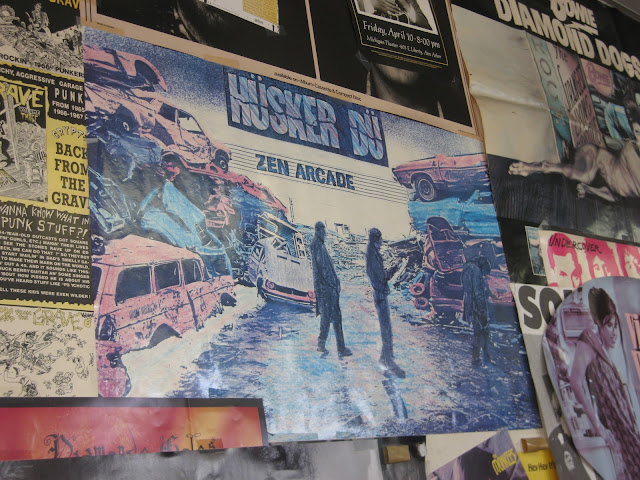