Part 1: Albums here.
As if keeping up with rap music’s ridiculously hectic release schedule isn’t frustrating enough, staying on top of the mixtape game is as daunting task as there is for a hip-hop head. Generally speaking I don’t fucks with mixtapes…or at least, that used to be the case. By and large they are collections of throw-away tracks, recycled beats, annoying advertisements for the upcoming album that never actually arrives (I’m looking at you Rick Ross) and the favored platform for trap-n-trunk rappers that can’t rap. Not to mention, they tend to drag on way too long. That being said, with downloads being the preferred medium these days, the increased debate over what establishes something as a mixtape rather than an official release is an unwinnable argument on par with, say, what-is-and-what-is-not-punk. And when it boils down to it, some artists only do mixtapes. So to be fair, I wanted to give some love to those notable tapes that have dropped so far in 2012… 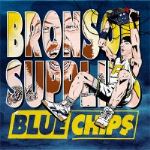 This project—which borrows its title, imagery, and some key samples from the '90s Nick Nolte, Shaq, and Penny Hardaway basketball film of the same name—brings together Brooklyn producer Party Supplies and the Flushing-Queens MC-on-the-rise Action Bronson for a grip of songs. Although it is a free download, it plays more like an album than it does a mixtape. The only real drawbacks here are that, even though these are all good songs, none of them really stand apart from each other aside from “Hookers at the Point”; a misogynist tale in which Bronson raps from a few different points of view, including that of—surprise—a pimp. It’s that lack of variety that, at seventeen songs, tends to get a little monotonous near the end. Overall though, it’s another stellar outing by Bronson, in which he shows no signs of slowing down. Dude has bars for days. 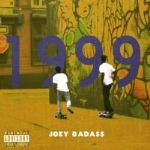 Early in 1999, Joey Bada$$ states, “I’m tryin’ to go global…tryin’ to be a mogul” and later, “I won’t stop ‘til I meet Hova and my moms is driving a Rover.” And if this tape is any indication—as well as extracurriculars like calling out Kanye on his current mediocre-ness and (purportedly) beefing with Odd Future—it may not be long before he finds himself sitting in the front row of the BET Awards with a Kardashian on his arm. The Brooklynite, at just 17 years old, has crafted a surprisingly remarkable mixtape that recalls some of the most revered hip-hop in history. Over the course of fifteen tracks, Joey, along with his rhyme partner Capital STEEZ and the rest of the producer/emcee/artist conglomerate Pro Era, breathe new life into the tried and true ‘90s NYC rap formula. 1999 isn’t just the name; it’s the whole style—featuring production from J-Dilla, Statik Selktah, MF Doom, and Lord Finesse to boot. This cat has all the potential in the world to be H-to-the-UGE. 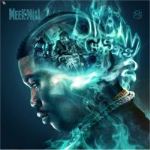 It used to be that, aside from a guilty pleasure-like interest in Rick Ross, I didn’t really get down with anybody from the MMG crew. That was until I heard Meek Mill’s Ricky Rozay feature “I’m a Boss” about a million times while covering metro-area high school basketball games last year—it was by far the most played song in gymnasiums during the ’11-’12 season. So it was with equal parts curiosity and anticipation that I peeped Meek’s latest tape, Dreamchasers 2. And damn, if this thing isn’t good! What’s most surprising to me is that dude can actually rap. Now I know that might not come as a shock to anyone already familiar with Meek, but—at the risk of ruining my street cred here—admittedly, until recently I largely ignored trap music. (If you didn’t know by now, I’m primarily a boom-bap guy.) Dreamchasers 2 features production from a number of trunk rattlers like, Jahlil Beats, All-Star and others. Beat Bully lays the foundation for the “House Party (RMX)”, which is the first time in recent memory that I can recall being able to actually tolerate Mac Miller. Meek goes the emo route a few times with personal stories of struggle and whatnot, but it’s most enjoyable when he unabashedly indulges the listener with sex raps and stereotypical gangsta shit. Such as “Str8 Like That” and the Sam Sneaker-produced “Facedown,” which shows Meek, Wale and Trey Songz appropriating an old 2-Live Crew song of the same name are standout tracks. 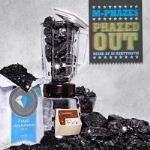 This is a playlist of tracks from Coalmine Records’ recent catalog that have been remixed by Australian producer M-Phazes. The whole thing has been superbly beat-matched and scratched into a non-stop party-rockin’ joint by DJ Rhettmatic of the World Famous Beat Junkies. Veterans like Heltah Skeltah, Inspectah Deck, Phil Da Agony, Masta Ace, and CL Smooth rap alongside up-n-comers Torae, Bekay, Saigon, Skyzoo, and Termanology. This reminds me of (and subsequently long for) the ‘90s when mixtapes were actually cassette tapes of various rap songs mixed together by a DJ without the use of Serato. That’s not to say there isn’t some sort of mixing software at work here—I literally cannot tell—but if there is, it’s cleverly disguised by Rhettmatic’s impeccable turtablism. Fans of NYC’s Stretch & Bobbito, LA’s Fantastik 4our or Minneapolis’ Smoke & Delight and Dan Speak & Disco-T old radio shows will dig this. 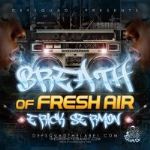 Despite being the subject of numerous controversial rumors (or the butt of many jokes, depending on how you look at) over the years—that he’s gay, that he’s homophobic, that he was thrown out a window, that he jumped out of a window on his own volition, his on again/off again relationship with EPMD partner Parish Smith, etc.—and dismal record sales, the Green Eyed Bandit has somehow managed to remain one of the more pivotal people in the rap game for twenty plus years. Yet this one totally took me by surprise. First, that the E-Double actually has some new material out, and secondly, that it turns out to be pretty decent stuff. Well it’s not exactly all new stuff—some of it is rarities and unreleased tracks from previous projects, but it is still very good. It’s got all the signature Sermon production you’ve come to expect—more or less, traditional East Coast boom-bap. And as with most tapes, Breath of Fresh Air is ripe with guest spots—KRS-One, Method Man, Too $hort, Rick Ross and Def Squad alums Redman and Keith Murray all make appearances, as do newbies Twone Gabz, the mysterious Lockness Monster, and the recently departed Sam-Bo.