I have listened to so much rap in my life that it has affected me in bizarre and comical, yet undesirable ways. For example: For no good reason whatsoever (and with incessant bad timing—i.e. at work, at the grocery store, at lunch with my mom…on Mother’s Day, no less) I randomly channel Too $hort and yell out “biatch”, I can’t answer yes to a question without saying “geah” in my best MC Eiht drawl, and I constantly refer to the place in which I am at as “up in this piece.” (Thankfully I cut myself off from saying “swag” before it got out of control.) Not to mention, the chronic pain in my neck due to the perpetual state of head-bob in which I reside. I am continuously buying, downloading, streaming, and admittedly, sometimes stealing rap music. So I figured, since we are at the halfway mark up in this piece, why not sum up a few the best hip-hop records that have dropped so far in 2012… 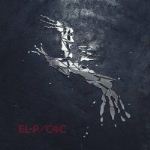 Whether on the mic himself or behind the boards for Cannibal Ox, Aesop Rock, Murs, Mr. Lif, or Cage, El-Producto has been consistently creating stellar hip-hop music for nearly twenty years now. In 1997, as part of the now legendary trio Company Flow, he was responsible for one the most important rap records of the ‘90s, Funcrusher Plus. And in five year increments he has dropped a solo album that is not only one of the year’s best records in hip-hop, but the best in all of music. (See Fantastic Damage ’02 and I’ll Sleep When You’re Dead ‘07.) The same can be said of his third, and most recent, Cancer 4 Cure. Intact are the recognizable distinctions El-P has spent the last decade perfecting: meticulously-crafted futuristic sound collages and densely congested beats—sci-fi-informed and bass heavy—balanced with hard-hitting lyricism that zigzags between paranoia, self-deprecation, braggadocios chest pounding, and easily decipherable metaphorical witticism. Cancer 4 Cure isn’t just good hip-hop; its good music. Like the hook in the lead-off single “The Full Retard” goes, “You should pump this shit like they do in the future.” 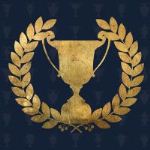 I don’t know if it’s just me being biased towards older MCs as I move increasingly into my own salt-n-pepper stage (the age-induced hair color, that is) but I’ve been quite impressed with recent releases by some of hip-hop’s elder statesmen—Edo G., Kool G. Rap and KRS-One,to name a few. And now D.I.T.C. crew member OC comes back again alongside up-and-coming producer Apollo Brown with an outstanding new album that might just be the sleeper of the year. The premise is as alluring as it is basic: Apollo produced simplistic sample-based string, horn and drum boom-bap and OC blessed it with his conciliatory no-frills delivery. You won’t find any traces of crunk, trap, thizzle, #swag, or purple here. Trophies is 16 tracks of pure unadulterated East Coast-style hip-hop, and it’s damn good. 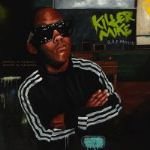 Released only one week prior, and playing like a companion piece of sorts to El-P’s Cure 4 Cancer, R.A.P. Music shows the Atlanta based Dungeon Family veteran as an invigorated and fresh-breathed MC on verge of finally breaking through. Over a backdrop created entirely by El-P, Killer Mike spits potent mix of politics, personal tales and hardcore G-talk. Aside from a appearances by Bun-B, TI, El-P and a couple lesser-known MCs, Mike goes at it alone, and the result is unified and striking. Considering El’s on the beat, it’s hard to call this Southern rap. That being said, in the aptly-titled “Southern Fried”, Mike lays down the Dungeon Fam-esque rhymes about Killer Hill and strip clubs, while El does his best to direct the beats appropriately—not exactly ‘playalisticadillacmuzik but close enough.

I Self Devine—The Sound of Lower Class Amerika (Rhymesayers Ent.) 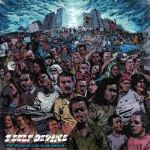 I Self Devine is not only the unsung hero of Ryhmesayers, but in many ways, underground hip-hop as a whole. As far as RSE goes, he’s the only real street-style rapper on the label. (A highly contested case has been made for Brother Ali, but the fact remains, despite Ali’s best, well-intended efforts to sponge I Self and the African-American experience, their audiences are not one in the same.) Setting himself apart from his peers, I Self takes a utilitarian approach to songwriting; largely skipping the misogyny, homophobia and gun-clapping subject matter that plagues most street level hip-hop. Instead he takes it upon himself to narrate the current state of “lower-class” society and provide a historical telling of how things got this fucked up. The Sound of Lower Class Amerika is the latest in an impressive history—one that includes several Micronauts records, a superb outing with DJ Abilities as Semi-Official, and the underrated, yet unforgettable Self Destruction. Against a backdrop of beats provided by Jake One, Vitamin D, Benzilla and others, I Self conveys messages of community, class warfare and social injustice in the United States. 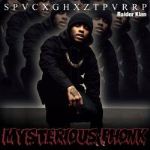 SpaceGhostPurrp—Mysterious Phonk: The Chronicles of SpaceGhostPurrp (4AD)
While lyricism may not be SpaceGhostPurrp’s greatest strength, his YOLO-esque black male self-awareness, laughable ignorance and misogyny-laced rhymes only distract mildly from the overall feel of Mysterious Phonk, as it tends to one of hip-hop’s chief qualities: escapism. For example, this how the album starts: “Just a young-ass nigga—not giving a fuck/Cuz if I ever did, I’d be whife’n her up/My heart real black—I don’t trust a bitch/I hate this world—ya’ll can suck my dick.” (From “Mystical Maze”) And this is how it ends: “Fuck what they say—Nigga, Imma do me.” (From “Raider Prayer”) Production wise, Purrp’s beats are eerie, foggy, high-as-hell-in-the-deep-end-of-the-pool head-nodisms that would fit nicely alongside DJ Paul, anything chopped-n-screwed, and contemporaries like A$AP Ty Beats—they are, for lack of a better term, purp’d the fuck out. To people who loved hip-hop before sippin’ syrup and blowing back hydro became the norm, Chronicles probably doesn’t scream “best of”—and traditionally speaking, no, Miami’s SpaceGhost isn’t the most gifted rapper—but as a dual-headed monster—his real prowess is as a producer—he has created one of the year’s most cohesive, and I’ll just go ahead and say it, best hip-hop albums.