Three Records We Slept On in 2011
An Excerpt From 2012 Mid-Year Review
By Nathan G. O'Brien on Scene Point Blank 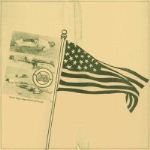 Brown Sugar—Sings of Birds and Racism (Feral Kid)
Brown Sugar takes cues from both the past and present—sponging The Germs and Black Flag as much as contemporary hardcore’s boundary-bending tendencies ala Nö Pöwer or Raw Nerve—while lacing it with their own unique weirdness. They start with some mysterious-guy underpinnings, add a little saxophone buffoonery, sprinkle it with DIY cut-n-past imagery, and make it a vinyl-only release. The end result is Sings of Birds and Racism; the pluperfect amalgamation of fast art punk. 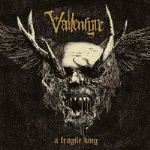 Vallenfyre—A Fragile King (Century Media)When I asked my friend who writes for Decibel Magazine if Vallenfyre’s debut album A Fragile King was really as good as they said it was in their year-end feature he replied, “I’m not sure; I’ve never actually heard it, but I think it is knuckle-dragger death metal.” (Not listening to a record your employers say is one of the best of the year? Typical.) Knuckle-dragger roughly translates to “old guys playing old school death metal.” And that is pretty much exactly what Vallenfyre is—they are a British super group featuring members of My Dying Bride, Paradise Lost, Cradle of Filth and Doom. For an upstart band A Fragile King shows them standing head-n-shoulders above the congested pack of classic Swedish death metal revivalists that were making the rounds in 2011. The guitars and vocals are absolutely enthralling and it’s all held together masterfully by a Dis-tinged doom-trodden rhythmic pounding. Half way into the New Year, and I keep going back to this one—it’s inescapable. 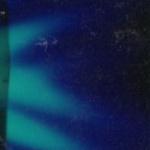 Triumph of Lethargy Skinned Alive to Death—Some Of Us Are In This Together (DSB)
Based out of Seattle, WA and featuring current and former members of a slew of other PNW notables like Murder City Devils, Pretty Girls Make Graves, Modest Mouse, Cold Lake, Mongrel Blood, Rabbit Ears and others, TOLSATD has quietly been creating some of the best wierdo-art-punk-noise for close to a decade now. Whether it be cassettes, CDs or various vinyl formats, they have already amassed an extensive catalog of music, spread accross a number of different indie labels . Last year's Some Of Us Are In This Together is their latest, and most varied to date. Where their early work came off like experimental home recordings, the new record plays like the perfect culmination the band's yearly progression. They have structured marvelous, albeit boundary-less, songs. The dual vocal approach of Spencer Moody and Andrea Zollo recalls both the anger and angst of their old hardcore band Area 51 as well their eclectic arty and dance-informed features on fellow band member Dann Gallucci's A Gun Called Tension record. The whole thing plays like a vagabond experience—it's poectic, emotive and incredibly alluring.