Top Five Albums of 2012 So Far
An Excerpt From 2012 Mid-Year Review
By Nathan G. O'Brien on Scene Point Blank 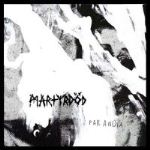 Martyrdöd—Paranoia (Southern Lord)
For over a decade now, these Swedish purveyors of stench have been unleashing their trademarked style of blackened everything to the crust-consuming masses. Despite the richer sounding production value of this record, there is still the full-on power and blunt straightforwardness indicative of D-beat. It’s just been polished up enough that you can clearly distinguish the multitude of layers created by the skilled axemen—incorporating, among other things, aspects of punk, hardcore and classic Swedish death metal. In that same regard, the partition of instrumentation allows the rhythm section’s impact on the overall sound, as they plod and pound their way through a thunderous Dis-laden low end backdrop. While the guitar work hints at it, it’s really the hateful, tortured vitriol of vocals that adds a heavy dose of black metal to the mix—a distinction longtime fans will recognize and appreciate.

These Swedish crust punk veterans return once more with their signature brand of metal-tinged D-beat. This time around there is a noticeable attention to detail as it relates to the quality of production. It has cleaner and more user-friendly mix than past outings—likely a result of Southern Lord’s deeper pockets. Although the wall of sheer sound has been partitioned, allowing a few delicate gradations to flourish at unexpected times, they have kept intact all the anarcho-rage and Motorhead leanings they have perfected over that last seventeen years. 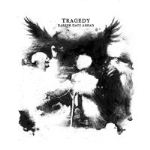 Tragedy—Darker Days Ahead (Tragedy Records)
Departing a bit from the D-beat swiftness, epic crust, and pure rage of previous albums, this record shows the band experimenting more with their sound—integrating drone vibrations, doom metal and even some demonic snarls. But despite the slow builds, chuga-chuga and other metal facets, this is still very much punk as fuck, thanks in part to the archetypal lyricism centering around bleak societal outlooks and anarcho-politics. It has been six years since these DIY-renowned Portland crust punk luminaires last released an LP, and what a slab of earth-crushing wax it is. 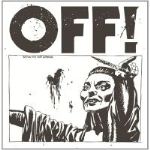 While firing shots at Gregg Ginn and mocking Black Flag three decades after the fact may be oddly entertaining, we’d be better off to forget the entire hubbub of old punkers jogging out ancient rivalries. The bottom line is this is just good hardcore punk rock. Period. Keith Morris, much like on 2010’s First Four EPs, sounds as youthful a singer as he ever has—this is what he loves to do and he does it really well. And the band exercises flawlessly loud-ass Black Flag/Circle Jerks worship for which Morris can blow his vocal chords over. Much like with the production on the previous record, the same can be said of this one—it has a demo-like quality that is quite favorable to the overall sound. 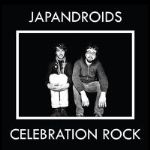 Japandroids—Celebration Rock (Polyvinyl)
These guys create incredibly awesome poppy, punky, indie-rocky, sing-a-long summer jams, and I unabashedly love every single one of them. Listening to this record is like riding your bike to work on a cool, sunny Friday morning and deciding that today is the day you’re going to stop being such a wimp about consequences and go ahead and finally have sex with your crush from the office. Probably not in the office…that could result in you getting fired…but like, later, after a night of drinking and possibly cocaine. But what do I know; I don’t even own a bike.