A Punker's Revenge: A Celebration of Speedboat Gallery @ CO Exhibitions, Mpls, MN, 6/30/12
Speedboat was an art gallery in St. Paul that was open from '88 to '94 that, aside from art shows, had like, rad punk and alt shows and Schlitz beer and stuff.  I can't really speak on it, as I wasn't an actual resident of the TC at that point.  All I really remember is reading something about it in Details magazine back in the day, which was kind of a big deal to me probably.  I'm told that, for those that were hangin' back then, it's on some real personal/emotional type shit.  And as someone who has been around for a minute now myself, and seen my fair share of all-ages spaces, galleries, old bastions of punk and youth, etc. close up shop, I totally respect that for sure.  So, it was a no-brainer that I would be checking out the opening of the SBG revival last night.  Bands, beer, art...old/former scenesters--DUH!

It was way nice up in there too.  The art was a mix of old flyers (Slant 6, Mickey Finn, Lifter Puller, NOFX), some pieces that had ran in Speedboat back in the day, and new-ish things from new-ish peeps.  Much of it reminded me exactly what it is I love about art: that, like punk rock, anyone can do it...and that it is totally undefinable.  Most of it had a very--and I don't mean this in any way other than complimentary--untrained aspect to it.  Very DIY'y.

Two bands played.  One of which was Speedboat founder Paul Dickinson's band Francis Gumm.  They were alright but I missed most of their set.  It sounded very much like a TC band that would have been around in the '90s.  The other band, whose name I erroneously forgot to write down, I really enjoyed.  It was a post-punky, Brit rocky, male/female dual vocals thing with keyboards.  The dude told an endearing story about how he had a I'm-getting-old type panic attack just minutes after arriving, when seeing some of the flyers on the walls triggered memories of watching Bikini Kill and Huggy Bear at Speedboat back in the day.

As for the people in attendance: predictably is was the beer bellies and balding crowd--would-be "hip parents" that are in all actuality out-hipped by their teenage sons & daughters.  Overheard: "See son, I told you I used to be cool."  On the other hand, it was the kind of place where guys in their 40s could casually stroll in, wearing a super hero t-shirt that doesn't look at all out of place or ironic, and make beeline for the beer.

And on top of it all off, anyone that was looking close enough got Craig Finn's phone number--pre area code split, back when the entire metro was 612.  (I tried it--it doesn't work.)

For more about the history of Speedboat Gallery, read an oral history here. 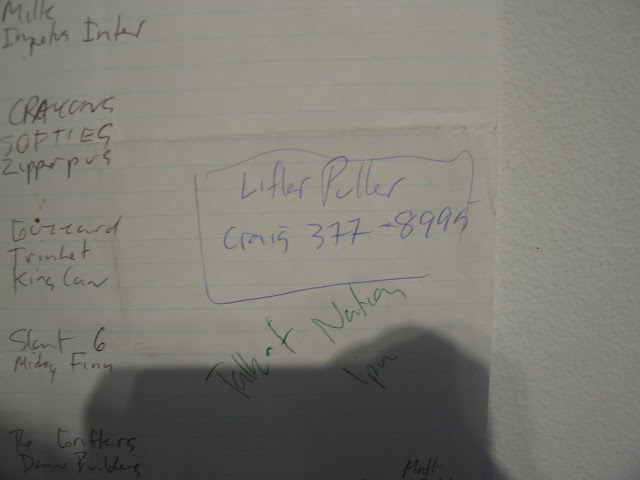 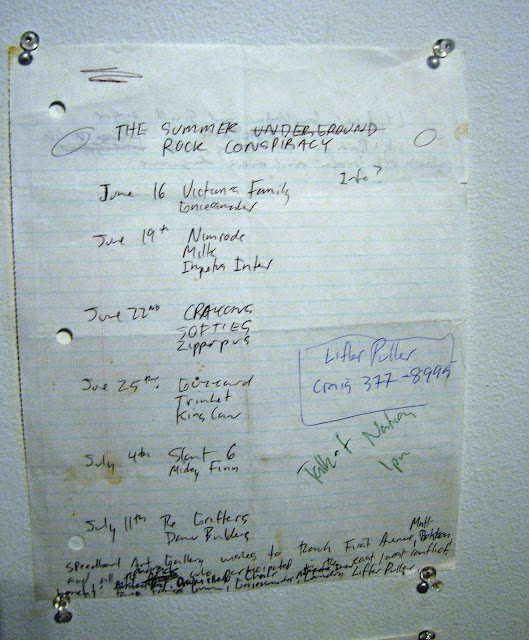 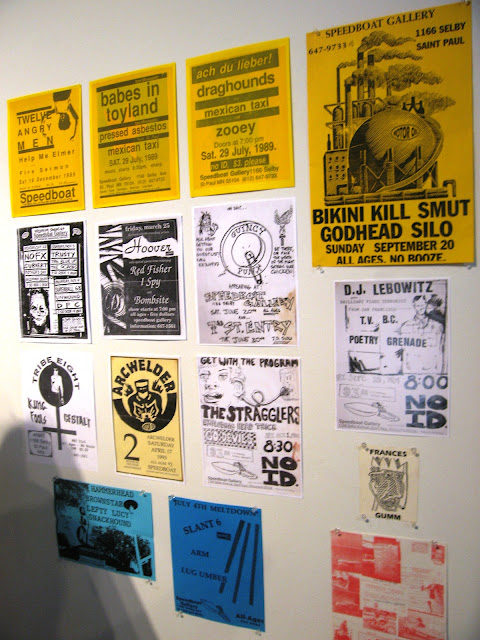 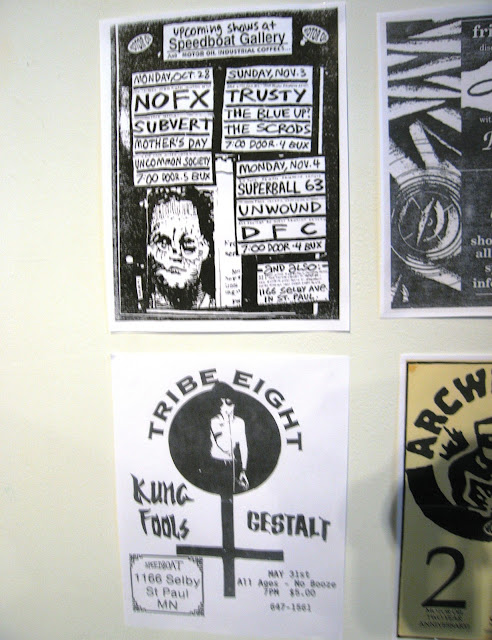 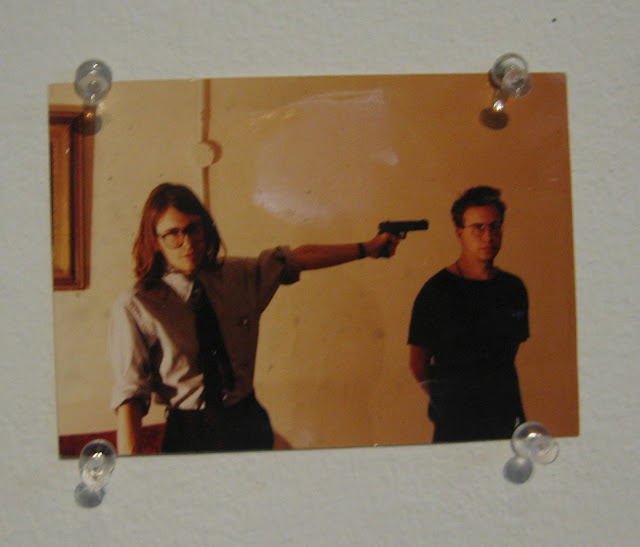 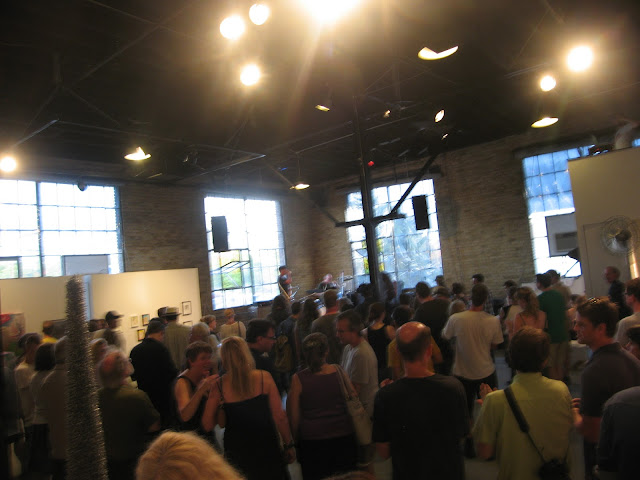 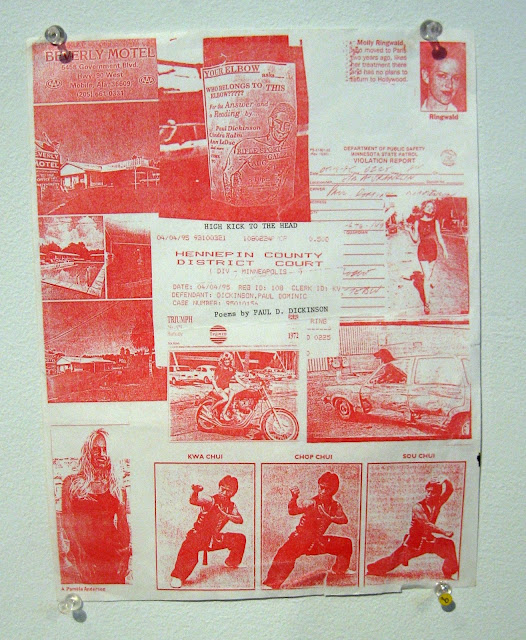 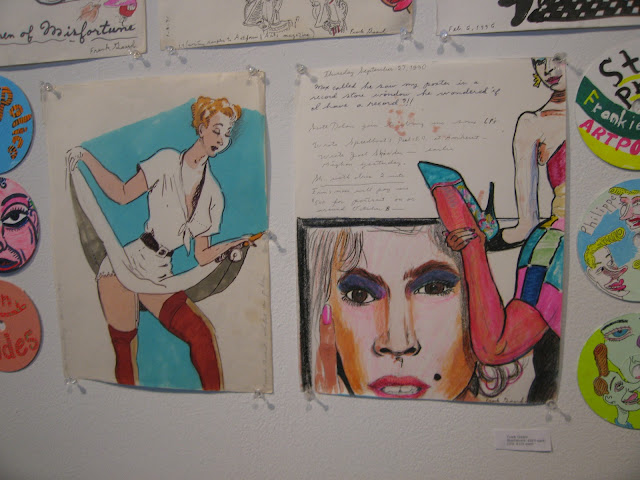 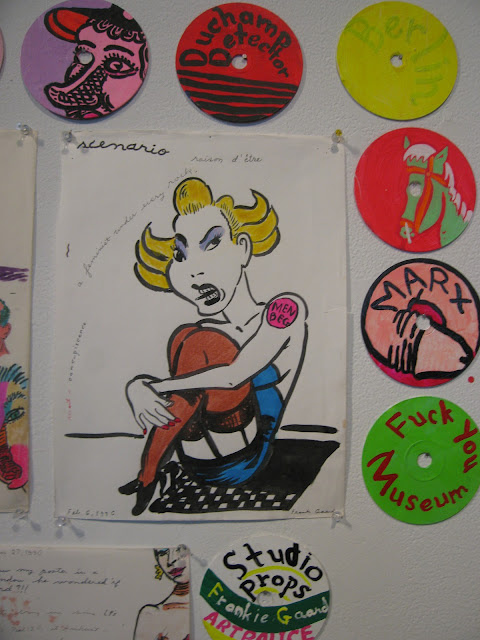 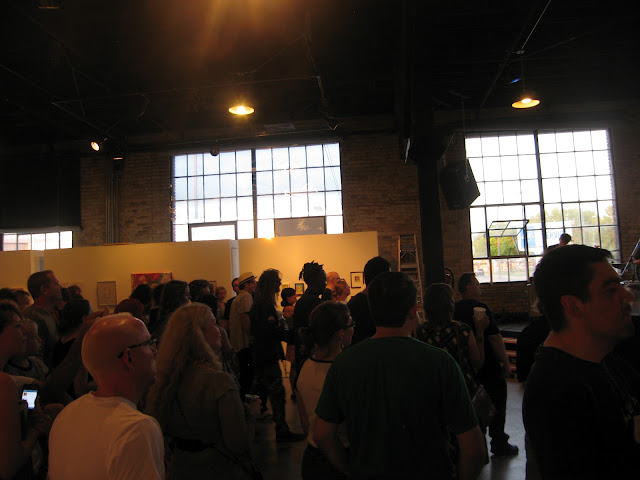 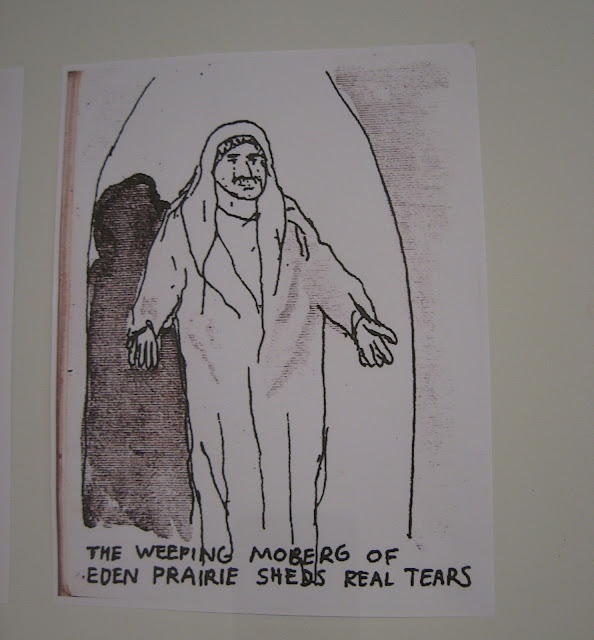 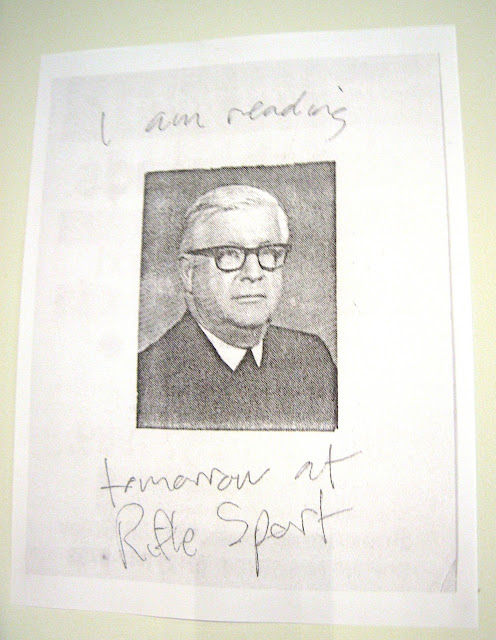 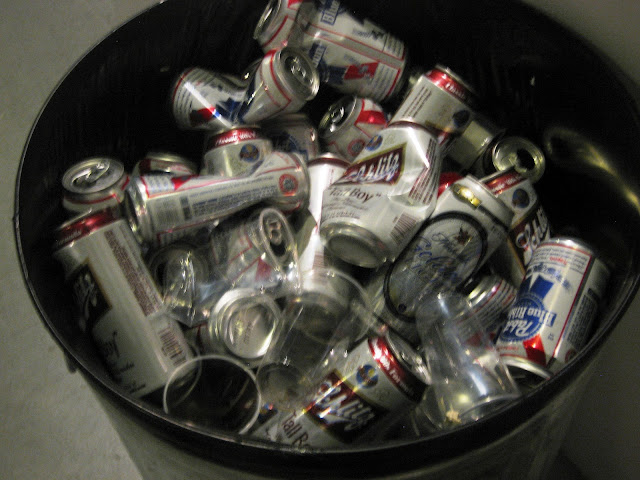 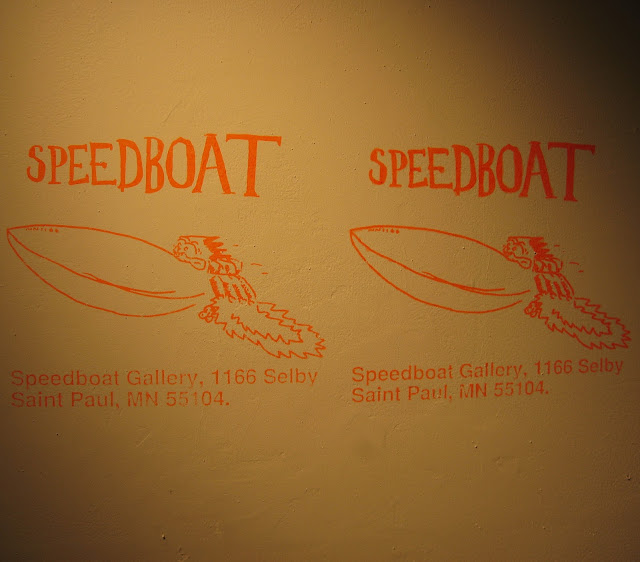