Too Many Rappers: Spring

Too Many Rappers: Spring
By Nathan G. O'Brien on Scene Point Blank 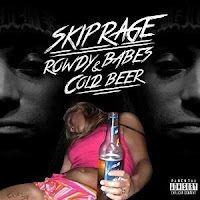 Well here we are into the first part of May, and I'm wondering where the fuck March and April went. I apologize for dropping the F bomb on you in the very first sentence—though I suspect if you've decided to read a column about hip-hop that you’re at least somewhat into rap, and thus are quite familiar with offensive language, of which, the F word is perhaps the least insulting—so let’s just plow forward here and pretend that everything I just wrote wasn’t a poorly disguised attempt to get my word count up. Truth is I’ve been busy with a couple things not (directly) related to rap that have resulted in my two-month absence from this column. I recently went deep down a neo-grunge/nu-grunge/grunge revival/grunge punk/grunge anything Spotify rabbit hole that strong-armed its way into the corner of my listening space that’s normally dedicated to rap mixtapes. But the biggest deterrent to me getting this done comes as the result of my very real and very serious basketball addiction – a deep-rooted fanaticism that every year during these same months takes precedence over even the most important things in my life. When it comes to watching Tyus Jones play in the Minnesota State Boy’s Basketball tournament, or seeing Chris Webber reunite with his Fab 5 teammates at the Michigan vs. Louisville NCAA Championship game, I will do stupid things like miss family member’s birthdays or forget to feed the cat for days on end. And now that were already into the second round of the NBA playoffs, where there’s a game on every night for the foreseeable future, I very well could damage my health by forgetting to sleep or eat properly, let alone remember trivial things like how there’s too many rappers.  ...Read all about a handful of mixtapes right at this one place that is here.