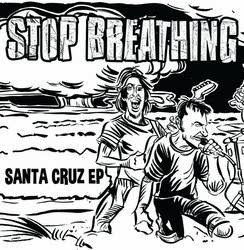 Raging, fast, poignant, and so on; any number of commonly used hardcore band descriptors would be apropos when talking about the sonic onslaught of Oxnard, CA's Stop Breathing. Instrumentation and production-wise it’s definitely on the cleaner side, but not some completely sterile cargo-shorts-custom-New-Era-fitted-cap shit. Reminds me a lot of the Straight Faced – Self Will Run Riot 7” from 1992. That is to say pop-punk kids who occasionally dabble in hardcore would dig it. And that’s not in any way intended as a rip; rather just contextual perspective.  ...Read review in full here.