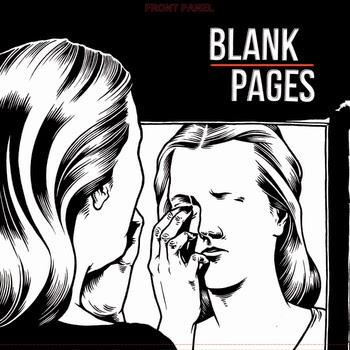 Blank Pages frequently get compared to The Wipers and The Fall, which isn’t inaccurate, but I can’t get an image of former MLB pitcher Scott Radinsky (of Ten Foot Pole, Pulley) fronting the Ramones out of my head. My familiarity with Radinsky ends at Rev-era Ten Foot Pole, so forgive me if this sounds way off base. (Pun intended.) The singer also reminds me of the guy who sang for Screw 32, whoever that was. And, yes, I do think using a Ramones reference in the year 2014 is a bit lazy but I just can’t help it. It’s not as snotty, dumbed-down, or as fast as the Ramones, but their unpretentious approach and melody is similar. Comparable to The Bellicose Minds, Creative Adult, or The Estranged, they also delve into the dark punk spectrum that’s been picking up traction lately. ...Read full-length review here.