NO'B's Only the Finest in YouTube Curating, episode 2: Skinny Boys on Miggs B on TV 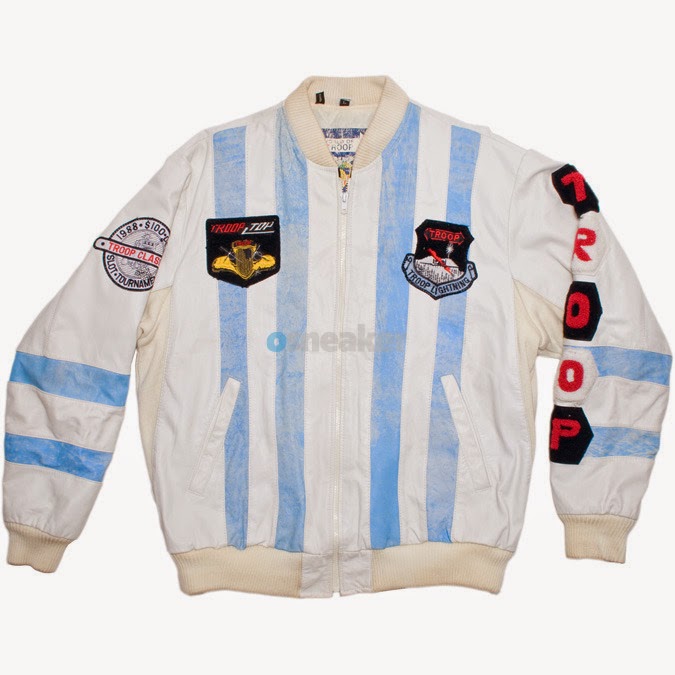 Welcome to the second installment of NO'B's Only The Finest in YouTube Curating. In which Nathan picks a video off of ye olden YouTubeses and talks about it. Well, not necessarily about it, per se, but something perhaps related to it. Check out the first one here.
-BNB


Don’t know exactly how I bounced across this one. I think I was just looking for old rap footage from the ‘80s. And not only do we end up with the highly underappreciated and mostly forgotten about trio, Skinny Boys, but we get to see them on this public access-like television show Miggs B on TV.

I know nothing about Miggs B or the history of this show but I am a sucker for public access and locally-produced, low budget programs like this. I have VCR tapes filled with old MTN (a Minneapolis cable access channel) programs like the hipster improv sketch dance macabre visual vomitorium known as Freaky Deaky, the psychedelic mind fuck meets live bands variety shitshow called PRIORITY, the pro-wrestling talk show hosted by two guys named Don titled The Prima-Donns, and the oddest, lowest budget DIY, can’t-look-away pro-wrestling television shows you’ll ever see, the Western Wrestling Association. I have been known to watch an old man use an electric wood splitter for an hour straight or a guy doing the same gymnastic move in his back yard over and over and over just because it was on MTN.

The Skinny Boys had three albums: Weightless (’86), Skinny & Proud (’87), and Skinny (They Can’t Get Enough) (’88). It took me a minute but I recognize the first song they perform, “Human Jockbox” as being the theme for Workaholics. Gotta get fresh, right? And what’s this, skinny jeans and all-over print snapback caps? Is this from yesterday? Description says 1987 but if I got up and looked out the window at the kids walking past my house at this very moment, this is exactly how they’d be dressed. Shit is cyclical, but damn, you could probably go buy this stuff from Supreme right now. Miggs B’s hair is…well, let’s just say that it is hair. It appears there were commercial breaks that were cut out of this, which makes me think it’s not a public access show, but rather one of those local programs that gets on TV early Saturday Mornings or late Sunday nights.

Love the part around 4:00 when they are explaining slang terms to Miggs. Reminds me of a couple years ago when my then GF/now wife came home from a day spent at a juvenile corrections center with a napkin filled with terminology for me to decipher.

Of course I love the turntablism on their second song “Rip The Cut.” The absence of the deejay in popular rap music is sorely missed these days.

At 8:17 Superman Jay says, “We can also combine R&B and rap and become one big family.” Nah man, I don’t know about that. I’m at a point where I never need to hear another R&B hook on a rap song ever again. I think that shit just dilutes the rugged validity of rap. I’m all for an old soul sample on the hook, but bringing in an R&B singer is just wack. But hey, to be fair, in the late '80s/early ‘90s I was all in on New Jack, so given the time period, had I heard this back then I would have probably nodded my head in agreement.

My first real experience with the Skinny Boys came when one of my best friends Lee picked up their third and final album Skinny (They Can’t Get Enough.) He probably got it at Sam Goody or Musicland on a trip to the State Basketball Tournament or something. (You could get some stuff like LL Cool J or N.W.A. up north but lesser-known and obscure rap would have only been available to us by making a trip to Duluth or Minneapolis back in those days.) As was the practice of the times, we all dubbed each other’s shit; so I had a TDK or Maxwell bootleg that got some plays for a brief period of time. I know that I was really feeling it but for whatever reason I must have bailed on it after a while. I remember thinking the beats were on the Shocklee Bros./Bomb Squad tip. That seems odd now, because the songs they’re doing here all have that primitive, rap conception type vibe to them. If I’m not mistaken all of the songs here are from Weightless. And if the date is correct, this show was taped only a year prior to the release of They Can’t Get Enough. Then again that speaks volumes to how fast hip-hop production and rhyme schemes were developing back then.

Near the end they bring DJ Chuck Chillout up on stage. The footage is a little fuzzy so I can’t see the logos on his shirt but I’d say it’s def on that Troop tip. I wanted some Troop shit so bad back in the day. Corey, the point guard from the varsity basketball team showed up in school in like ’88 or ’89 with an ill Carolina blue and white one that we were all in awe of. He had spent the summer working at Rocky Rococo Pizza in Minneapolis, where he was awarded the nickname June (or "Junebug") by his coworkers. Corey wasn't really into rap and shit though, as evidenced by that fact that he'd wear his Troop jacket with a pair of snakeskin boots he referred to as "goots." (Dude would do anything. Lines shaved in the side of the head with a leather trench coat? No problem. If he was giving two people a ride in his car, he'd make both of them sit up front so that nobody had to ride in the back seat alone.) Eventually favoring a blue leather fringe jacket instead, Corey, going almost exclusively as June now, sold the Troop to this other dude named John.

John was the guy who first exposed me to 2 Live Crew. We would always exchange tapes on the bus ride to school and make jokes about girls and shit. When I popped that The 2 Live Crew Is What We Are cassette into my AA burning Toshiba portable and heard “We Want Some Pussy” my juvenile mind was blown. He’s also the guy that put me on to DJ Jazzy Jeff & The Fresh Prince just before “Parents Just Don’t Understand” blew up. He had the Rock The House tape, which had “Girls Aint Nothing But Trouble” on side A and the response, “Guys Aint Nothing But Trouble” by Ice Cream Tee—who I remember from Right On magazine and the “Let’s Work” video as being really cute and a good dancer—on side B. John eventually left our school but I have this vivid memory of him coming back to visit once, wearing this homemade Audio 2 track jacket that said “Milk is Chillin” on the back of it in iron-on letters.