Book Recommendation: Don't Put Me In Coach by Mark Titus

I just finished Don't Put Me In, Coach: My Incredible NCAA Journey From the End of the Bench to the End of the Bench, by Mark Titus. It's an entertaining look into the author's four seasons as a walk-on for the Ohio State Buckeyes, where he became a fan favorite and national phenomenon when he started blogging about his goal to record as many zeros in the stats columns as possible. It's a fairly quick and painless read. (I read the majority of it over a five day trip to Portland.) Titus serves up a unique peak behind the curtain of a prominent Big Ten basketball program while injecting funny diarrhea antidotes and prank stories along the way. Hoops fans and players will dig it, but I'd also recommend it to anyone who appreciates good humor. 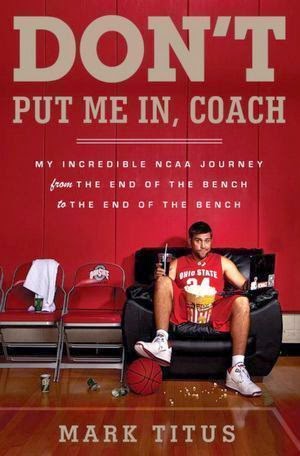