Record Review: Supercrush - Lifted b/w Melt Into You (Drift Away) 7" 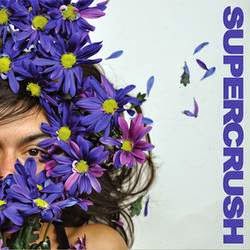 Surpercrush is the newish Vancouver, British Columbia-based band from Mark Palm, a dude most known for playing in a long ancestry of punk/HC and metal bands and as being the primary songwriter for San Francisco, CA’s bliss-pop snorefest Modern Charms.

Hey Mark, Bob Mould called and he wants his Sugar back. No, seriously, this is alright. I mean I fucking love Sugar and this sounds like Sugar—at least the guitar—so it’s OK. In fact, just recently I was having a debate of sorts with a handful of friends where a couple of us were of the belief that it’s just fine to think Sugar is better than Hüsker Dü. Especially if you came of age in the ‘90s, and were too young to experience Hüsker Dü properly. I’m not 100% ready to make a decision as to which I think is a better band myself, but I can’t fault any Gen X-er for picking Sugar. Anyway, that’s all beside the point. The point is the guitars on here sound really Sugar-y. ...Read full-length review here.