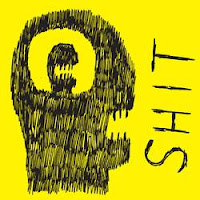 After making some waves around ye olden DIY hardcore scene circa 2014, these Toronto-ians took a little hiatus from recorded output (sans a couple live tapes). But now they’re back to kick of 2017 with this quick, four-song ripper. The titles of which all start with the letter I – “Insidiation”, "Incorporation”, “Information”, and “Individuation.”

The aura of leather jacket-clad arrogance that I’ve always appreciated is still intact, but they’ve evolved a bit. I mean, inasmuch as punk will allow while still being, you know, punk. They’ve integrated longer instrumental parts and scaled back on the snot-infused vocalization in favor of a smidgeon of decipherability. On the subject of the vocals, they’re kind of buried in the mix, giving off that demo tape vibe that this particular reviewer is quite fond of. Musicality-wise, it’s still that buzzing, noisy crux that we go gaga for but with a little wiggle room for each player to flex their chops.

While I’m of the belief that punk is best served via shorter releases, I’d really like to see where these guys will take things if they ever decide to go the seven-to-10 song 12” route. If the small flourishes of arty improvisation here are any indication, it would be what we in the business call, “killer.”