Top Five Albums of 2013 So Far
An Excerpt From The Best Music of 2013 (So Far)
By Nathan G. O'Brien on Scene Point Blank 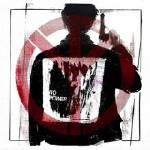 Nö Pöwer – No Peace (Sorry State)
Smash, kill, fuck, destroy, break, burn, shit, blood, piss, cum…aaarrrrghhhhhhhh, motherfucker! No Peace is the debut LP by Charlottesville, NC’s Nö Pöwer. Primitive, blown-out D-beat, injected with a dose of artiness and drenched in feedback; it’s the perfect amalgamation of punk sub-genres and a furious goddamn record. How much art can you take? Exactly this much. 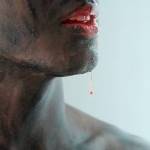 Useless Eaters – Hypertension (Jeffery Drag Records)
Weirdo garage punk with some new wave-y parts from Nashville, TN. Hard to tell if the guitars sound like fucked-up keyboards or if there is a keyboard that drowns out the fucked-up guitars. I honestly could care less because I happen to really like it. Sometimes just being a stupid music fan and not some musician is awesome because you don't have to over analyze the shit out of how every little sound is made. Other times it's frustrating because you can't describe it to people without sounding like an asshole. Neither of those things matter to me right now but I thought it was worth mentioning for future reference. Well anyway, if weirdo garage punk with new wave-y parts and fucked-up guitars and/or possibly keyboards sounds like something you'd dig, then Hypertension is right up your alley. 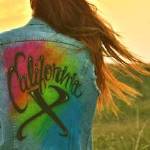 It seems the term “grunge” is getting thrown around quite a bit these days when it comes to describing the current crop of buzzy-guitar-based bands. And while the actual definition of the word has always been somewhat confusing, in the 20-odd years it’s existed, it has also become a fairly accurate identifier. It would not be incorrect to use the word when illustrating the sonic resonance of Amherst, MA’s California X. There are a variety of elements at play on their debut full-length—sludgy metal change-ups, lo-fi dream-pop, ‘90s-ish pop-punk (particularly in the vocals,) etc.—and all of them are buried under a glorious heap of ear-piercing guitar fuzz. There are a good chunk of bands doing this type of stuff right now, but California X is easily one of the best. Someone was just telling me about a dude they know who regularly wears a tee shirt that says, “Bring back the early ‘90s.” That dude would love this shit.

Baltic Cousins – The Broken Horn (Self-Released)
Out of Bellingham, WA come Baltic Cousins with their debut full-length. ,br /.The Broken Horn displays an ominous, punk-y brand of Americana that picks up right where they left off on 2011’s For The Hell Of Us EP. Bradley Lockhart’s lyricism, which is seemingly rooted in honesty and realism, walks the line between optimism and gloomy despair. “Junk Beach, Parts 1 & 2” is the absolute best rock ‘n’ roll song of recent times that nobody will hear. 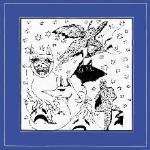 Milk Music – Cruise Your Illusion (Fat Possum)
At times Cruise Your Illusion treads dangerously close to guitar-music-for-the-sake-of-guitar-music territory, but never spins completely outside the realm of cult tuneage. Olympia, WA’s Milk Music understands that sometimes you just want a little Neil Young in your punk rock. Take some oddly melodic vocals and pair them with soaring yet murky guitar riffs and you have, you know, grunge or whatever. Their sound is clearly indebted to the past—particularly late-‘80s and early-‘90s alt-rock—but holy shit, have they ever made it sound so good in the present. For what it's worth, despite the CD and digital versions being released on Fat Possum, the band took it upon themselves to release a vinyl version without the help of a label.