Top Five Rap Mixtapes of 2013 So Far
An Excerpt From The Best Music of 2013 (So Far)
By Nathan G. O'Brien on Scene Point Blank

Hello. My Name is Nathan, and I'm addticted to rap music. The following mid-year best-of list is culled from Too Many Rappers, a semi-monthly column in which I write about mixtapes and other rap-related nonsense for the webzine Scene Point Blank. 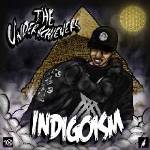 Underachievers – Indigoism
The Underachievers are the latest duo to spring from New York City’s rap collective, Beast Coast; a crew that also includes Flatbush Zombies, Pro Era, A$AP Mob, and Smoke DZA. Against a backdrop of beats that range from conventional boom-bap to the trap’d gradations of modern-day tape rap, emcees AK and Issa Dash exasperate wordy lyricism at a rate that is both impressive and slightly overwhelming. They go heavy on the sour diesel and psychedelics but disguise it via well-written, clever similes rather than easily decipherable one-liners. Whereas some of their contemporaries are reviving classic NYC rap, Underachievers are strangely enough, reinventing it. 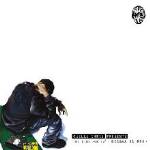 Quelle Chris – 2 Dirt 4 TV episode 2: Niggas is Men
Niggas Is Men is the second episode of the Quelle Chris’ 2 Dirt 4 TV series. The production is handled by Stifu, Messiah Musik, and of course, Quelle himself. The majority of the songs feature verses from Cavalier, who's candence compliments Quelle’s oddball delivery quite well. “Natural Flavors” has the captivating buzzed-out bass beat that invokes the same feeling of intrigue that almost broke the Internet the first time everyone heard The S.O.N. EP. Tracks like “Greene Eyes”, “Good Days” and “Long Tokes” are the type of head-nodders that rely heavily on raw sample loops. 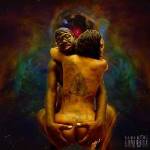 Kismet, which means “fate” or “destiny”, is also the name of the new tape by New York’s Mr. MFN eXquire. And while it may seem like an odd title choice for a tape whose cover art shows the emcee gripping a naked woman’s rear end in a pose that can’t be construed as anything other than standing coitus, it’s actually very apropos given the direction he’s taken things since his 2011 tape, Lost in Translation. Sure, the raunchiness and wild’n out aspects are still intact, but several tracks are dedicated to personal insights and human growth. On “Vanilla Rainbows” which apes Curtis Mayfield’s “Give Me Your Love (Love Song)”, the emcee displays his genuine love and respect for women. “Cherry Raindrops,” a tale of ill-fated love and all the struggles that go along with falling out of it, shows him being creepily honest, as he raps things like, “I kissed her on the spine and I kissed her thighs/I almost licked her ass but she started to cry.” Even the lone skit here, “She’s Not Fucking With Me” is a far cry from the blow-job-from-a-hoe-caught-on-tape one that appeared on Translation. This time around he and an unidentified woman are lying in bed, whispering I-love-yous to each other. For the most part, Kismet is dare I say, a kinder, gentler eXquire. That is not to say he doesn’t go hard in typical braggadocios rap fashion from time to time (see: “Illest Niggaz Breathin,’” “Tomorrow’s Gone,” and “Orbz a.k.a. Some Wise Quote Drake Never Said.”) but overall, the tape is more on the personal revelations tip than anything else. eXquire’s flows and beat selections are as varied as you’d expect from a man who refers to himself as an “avant-garde hood nigga.” “Hoes I Don’t Remember” is the Willie Nelson “For All the Girls I’ve Loved Before” of rap songs, if ever there was one. 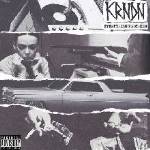 KRNDN – Everything’s Nothing
KRNDN is how Krondon from Strong Arm Steady spells his name now, because he’s like, a rapper and stuff. Everything’s Nothing is his first solo outing, and as anyone familiar with SAS would expect, it’s impressive as hell. It’s hard to put this into words, so I’m not sure this will make sense anyone besides me, but it’s almost as if Krondon accidently created a better piece of art than Kendrick Lamar very purposefully attempted to create with good kid, m.A.A.d city. Against a backdrop of smoothed-out beats (by Cardo, DJ Dahi, DJ Khalil, and 321) he interweaves autobiographical memoirs and herb-puffed anecdotes; parading the laid-back, sunny vibe of California rider music. The sound emanating from your speakers will only enhance the hallucinogenic properties of whatever it is you ingested...if that’s your thing or whatever. Props for the imagery too, which is very much in the vein of DIY zine art. 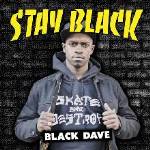 “All I do is rap – All I do is skate,” states the rapper/skater on “Rap & Skate,” the mid-tape track that in the simplest terms possible sums up what Black Dave is all about. Although he’s a New Yorker, Dave applies a multifarious approach to rap, successfully flexing mic skills in a variety of regional styles. He effectively stirs an alluring cocktail of trap, club and boom-bap. Lyrically, he’s not saying much that hasn’t been heard before (see: song titles like “Bitch Nigga Why You Fake?” and “Muthafuck My Enemies!”) but that’s also one of Stay Black’s chief qualities – it’s fucking rap music, man!