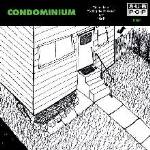 This St. Paul, MN three-piece started out playing fairly straight-forward ‘80s-influenced hardcore punk, with Greg Ginn-esque guitars and all the trimmings, but over the course of six pieces of wax, they have evolved into a uniquely original entity. Their latest EP finds Condominium furthering the noise and arty experimentation that left a mark on 2011’s Warm Home LP, but also digging their claws even deeper into the feverish anger from which they were born. Each component of their sound is functioning at a high level of intensity. The vocals sound meaner than ever before, the bass playing is downright nasty, the guitars are urgent and assaulting to the senses, while the drums fill every available nook and cranny with skillful pummeling. Carl is a powerful piece of art, and a strong indicator that these guys are capable of taking hardcore to places rarely explored. 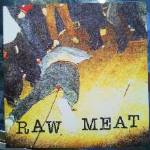 Raw Meat – Demo on a 7” EP (Vinyl Rites)
This New York unit, featuring members of Rival Mob and Nomos, plays crazy-aggressive hardcore that’s not easily dismissable. Pissed-off, throat-burning vocals grind against a massive wall of fuzzed-out, loud, fast and crunchy riffage. These are songs from their demo cassette that have been remixed and re-mastered, and then pressed to vinyl, with the addition of the Combat 84 cover, “Rapist.” It’s nearly impossible for the listener to walk away from Raw Meat unscathed, as it’s a bruising incident on the uglier side of hardcore. Sadly though, they have already called it quits. 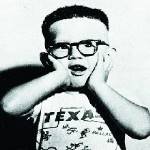 Wild Child – Self-Titled EP (Deranged)
Out of Minneapolis, MN comes Wild Child with seven inches of manic hard punk, played with sloppy aggression. The guitars are hollow-ish, clanky and fast while the drums and bass race along, seemingly on their own accord with little regard for things like holding the beat. The snotty, Darby Crash-like vocal styling of the singer lends a bit of early-LA punk to the overall feeling. The recording, which was done by Condominium’s Matt Castore, perfectly encapsulates the raw intensity and reckless abandon with which these guys attack their art. 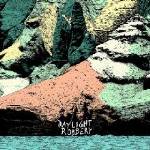 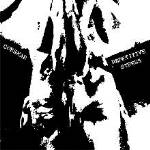 Female-fronted grindcore out of Minneapolis, MN. More on the punk side of things than the metal. Speaking in fragmented sentences trying to describe this is apropos, so I’ll continue to do so. Spastic, unfettered aggression, driven foremost by the hyper-fast, chipmunks-on-speed vocals. Clever and biting lyrics when decipherable. 10 songs that are over before they even started. The first one is called “Powerviolence.” So there’s your frame of reference. Awesome.