Top Five Rap Albums of 2013 So Far
An Excerpt From The Best Music of 2013 (So Far)
By Nathan G. O'Brien on Scene Point Blank

Like I said, I got a rap music problem. Now that we've covered the mixtape game, here's the best of this year's actual albums so far... 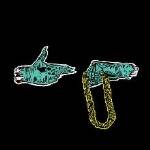 Well, they went and did it again. Following a year that saw El-P and Killer Mike releasing two of the best albums in any genre, let alone rap music, both of which were produced by El-P, the two have returned as the duo Run The Jewels. And as it was expected to be by anyone who loves rap music and/or has a Twitter account, Run The Jewels is actually the best rap album to drop so far this year. El-P's beats are deep, scientific, intense, and so far beyond bass-heavy that they need to be heard with headphones (and possibly a senses-heightening substance, if that’s your thing) to be fully appreciated. Cadence-wise, the duo attacks each track with sweltering intensity and unrestrained emotion. Their verses effortlessly traverse between humorous witticism and cutthroat battering. It’s not an easily shakable listening experience, but it’s wholly enjoyable one.

Tie: Gensu Dean & Planet Asia – Abrasions (Mello Music Group) / Durag Dynasty – 360 Waves (Nature Sounds)
Fresno, CA’s veteran underground emcee, Planet Asia has two of the year’s best rap albums so far—Abrasions with beatsmith Gensu Dean and 360 Waves with Durag Dynasty. As evidenced by last year’s Apollo Brown & OC and Guilty Simpson & Apollo Brown outings, MMG has a knack for pairing the right producers and emcees up with favorable results. The same can be said of this duo. Gensu Dean, who’s gone largely unknown up to this point, crafts simplistic yet alluring loops rooted in boom-bap nostalgia. As usual, Planet Asia masterfully rocks the mic with his commanding presence and sharp rhymes. Durag Dynasty finds him teaming up with emcees Tristate and Killer Ben, and prolific beat master Alchemist. Although there is a minimal air of comedy involved, mostly due to imagery and the fact that they’re called, you know, Durag Dynasty, 360 Waves is an exercise in grimy cypher rap – a prominent example of mic skill and hard beats. These two albums will appeal to heads who want more out of their rap music than a clever hook and a generic trap beat. 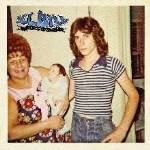 Ill Bill – The Grimy Awards (Fat Beats)
Over a decade has passed since The Future Is Now, the debut album by the now-defunct group Non Phixion, which featured beats from a grip of hip-hop’s most sought-after producers as well as menacing and poignant lyricism, and the vehicle that placed Ill Bill immediately into the annals of underground hip-hop greatness. For the latest in a fertile catalog of work that includes numerous collabos, supergroups, mixtapes and solo records, he has returned to that early formula of using high profile beatsmiths and spitting venomous rhymes. The sonic direction of the album is driven by some hard-hitting boom-bap backing from the likes of Large Professor, Pete Rock, the Beatnuts, DJ Muggs, El-P, and DJ Premier. But Ill Bill’s lyricism and delivery is as equally on point as his beat-selection. Not only does he do the requisite murder and paranoid conspiracy raps, but he gets deeply personal about his life, loved ones, and how much hip-hop (and even heavy metal) shaped him. The Grimy Awards is as near a “classic” rap record as we’ve heard in a while.

Ghostface Killah – Twelve Reasons to Die (Soul Temple)
Twelve Reasons to Die is the latest release in a recent-ish half dozen or so of hits ‘n’ misses for the Wu Tang Clan’s Ghostface Killah. More in line with the hits Fishscale and Apollo Kids than the misses The Big Doe Rehab or Ghostdini, the record is produced entirely by beat-maker Adrian Younge, and narrated by Wu head honco RZA. Twelve Reasons is a concept album of sorts. The premis being, Tony Starks is a former enforcer for a crime family, who gets murdered by the mob after falling in love with the Boss's daughter. His remains are melted in vinyl and pressed into a dozen LPs that, when spun, revivify him as the Ghostface Killah. He then exacts his revenge on his killers. It’s often been said that rap music is cinema for the ears, and it couldn’t be truer with Twelve Reasons. Similar to Prince Paul (or even early Cage) albums, this is story time rap being taken to the next level. The synergy between Young and Ghost is so air-tight it’s hard to believe this is the first project they’ve done together.

The Chase is the debut album from Perth, Australia’s producer extraordinaire Kid Tsunami. As someone who appreciates all forms of hip-hop (at least for their mere existence, if anything) I don’t really like throwing around terms like “real hip-hop” because I think it cheapens the evolution of the art form and more-or-less excludes anything that’s not boom-bap. But I’m going to give myself a pass here and just say it: This is on some real-ass hip-hop right here! Dude is a student of the game, as he has obviously immersed himself in classic hip-hop. And by that, yes, I do mean BOOM-BAP. There are 16 tracks here, constructed from soul, jazz and funk sample flips, with a virtual who’s who of emcees rhyming on them—Kool Keith, Sean Price, OC, Masta Ace, Sadat X, J-Live, Craig G, AG, Kool G Rap, KRS-One, Pharoahe Monch, Jeru The Damaja, and more. DJ Bless also leaves his mark on the project, as he flexes his impeccable turntablism skills, mixing the whole thing together and dropping some serious cut-laden hooks.