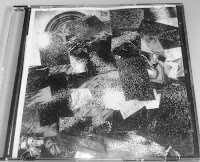 This review by Nathan is an excerpt from the brand new issue (#5) of The Soda Killers fanzine. Let us know if you want a copy and we'll get it out to you ASAP!

The liner notes say this was recorded in 1998 but not originally released until 2000, and only in a run of five copies. In 1998 I was living in northern MN in a city called Bemidji, and would have just died to walk into a basement party where some creepy, mean-sounding noise-type shit like Clell Miller's Corpse was freaking people out. I don’t know why but for some reason this really makes me think of that time period and that place; which is strange because it’s not pop-punk or Busta Rhymes or the Fugees or whatever else it was that was on the stereos at the house parties back then. Even though, to best of my knowledge nothing like Clell Miller’s Corpse this was going on in Bemidji (although I wouldn't be surprised if it was and I just didn't know about it) I can totally picture it happening there. Anyway, I am not much of a musician myself, so I have no idea what instruments are at play here. It’s possibly guitar, keys, and some type of electronic contraption that one would use to manipulate sound…maybe some sampling equipment like an MPC. I wouldn’t be surprised if this is the work of one person. I’m thinking heavily distorted synths saturated in feedback with a very horror movie soundtrack vibe to it. Very high-pitched like they took the screechy violin part from the Psycho movies and just focused on that. Despite actually running across this type of thing fairly regularly, as it seems to be a type of music favored by the mail art underground, it always manages to take me by surprise. Not entirely my thing, but I appreciate it for what it is and am psyched that this type of stuff exists.