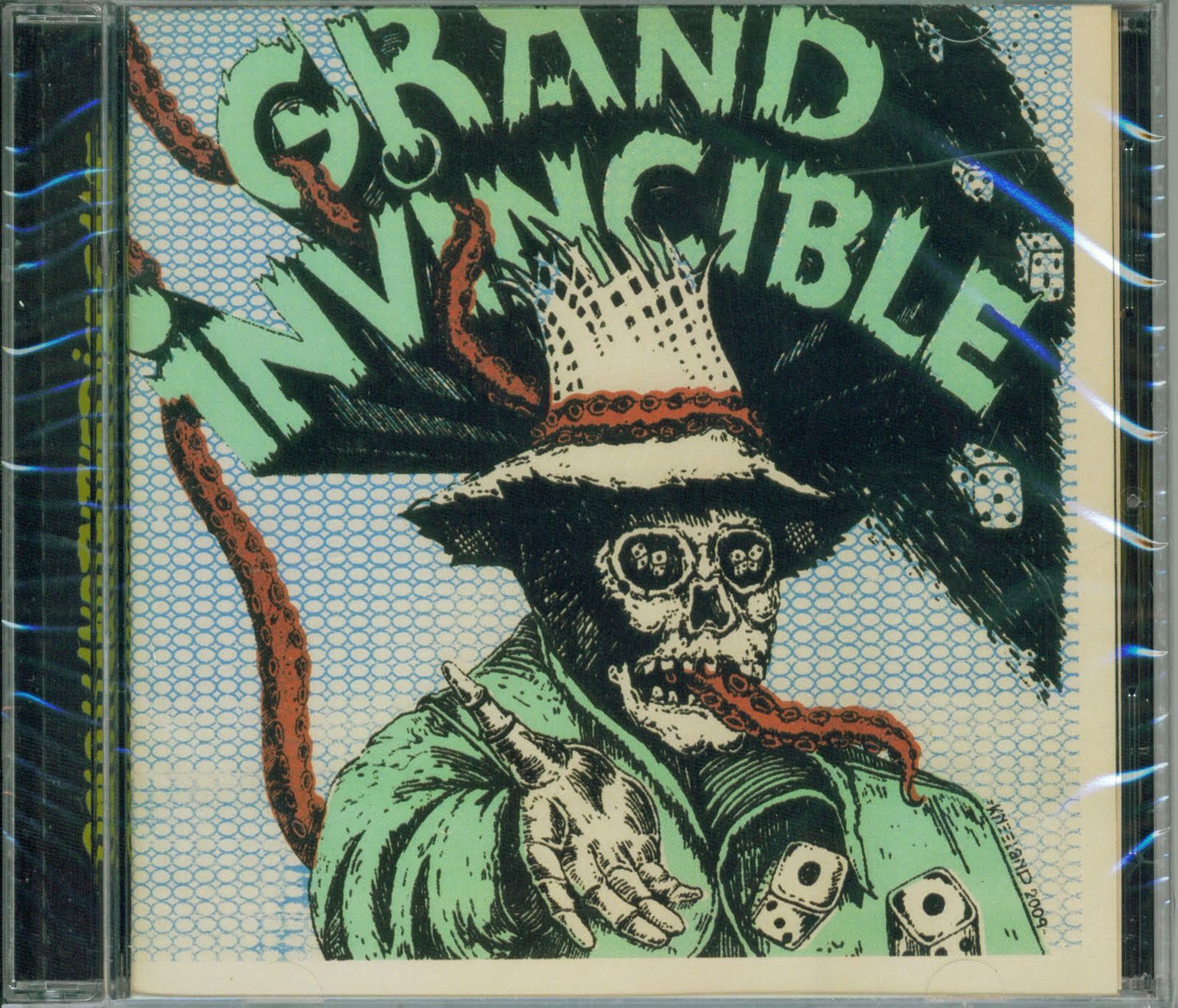 The following review, which was written by Nathan, is an excerpt from the brand new issue of The Soda Killers. They're moving quick, but there's still time to get your resin-tainted fingers on one. Email me at: bnb@hotdogdayz.com to find out how.

Grand Invincible is a Bay Area duo comprised of emcee Luke Sick and producer/deejay DJ Eons One, which is the hip-hop nom de plume of Spazz guitarist Dan Lactose. Cold Hand in the Dice Game is on some straight bucket hat/baggy jeans/puffy vest ‘90s rap shit. One of the illest tracks is “The Way We Revolt”, in which the loop runs long, the drums play the background, and the hook is made up of recognizable hip-hop samples in the cut. I don’t make beats or mess around on the decks, nor do I have my hip-hop book of terminology handy, so if the way I just described that doesn’t make any sense, I apologize. I’m just saying it’s a nice beat reminiscent of classic hip-hop and Eons’ record scratching is on point. “Gutter” is a harrowing track, which really showcases Sick’s prowess as a songwriter. Shits deep and disturbing, as he bounces back ‘n’ forth between braggadocios and distressing subject matter. “There’s A Message” is another hype track with a nice xylophone sample, jazzy drums, and record scratching. Shit, the same can be said of the following track, “Left on 19th.” The two sequence into each other very nicely. “Eons On The Cut” is archetypal “what’s my DJ’s name”-type emcee ‘n’ deejay interplay, as Sick spits freestyle-like rhymes and Eons goes buck on the wheels of steel. So dope.