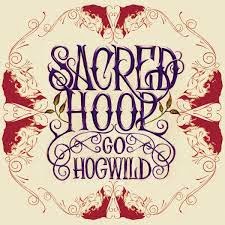 This review by Nathan is an excerpt from issue #5 of The Soda Killers fanzine. We still have a few laying around. Let us know if you want a copy and we'll get it out to you ASAP!
-BNB

Sacred Hoop – Go Hogwild CD (The Hoop, 2006)
By Nathan G. O'Brien
The first time I can recall anything about Sacred Hoop was in an interview or a feature from the late ‘90s or early ‘00s, in the TC-based Life Sucks Die magazine. LSD, which was born out of a graffiti zine, is one of my favorite magazines of all time. I'd be lying if I didn’t acknowledge it as being an inspiration for myself and BNB when we decided to start doing zines, including the one you are holding in your hands at this very moment. The guys that did it are big time design artists now that do album covers, and posters, and tee shirts and shit. I assume they don’t have time to make zines anymore because they’re too busy DJing (with, ahem, Serato) hip parties and running galleries. Who could blame them? Anyway, back when Rhymesayers first opened up 5th Element, I grabbed Sacred Hoop and Rusty Pelicans stickers from a free pile, and up until recently have always confused the two. Despite never actually listening to either of them much, their stickers have been the key component in keeping an old Chuck Taylor’s box of deejay mix cassettes intact for something like 13 years now. Aside from a track here and there on a mixtape, Go Hogwild is the first time I've ever really sat down and listened to Sacred Hoop. This was sent in by the lead emcee, Luke Sick. I don't know him personally, aside from a casual mail-based relationship, but as far as I can tell he is an all-around genuine dude. This was recorded between ‘04 and ‘06. To be fair, had I heard this back then, I likely would have loved the shit out of it. Unfortunately though, in the year 2013, it sounds a bit dated. I get a bit of a Shapeshifters/2Mex/Visionaries vibe though, which brings back some fond memories of that era. "Stain" has a dope beat that seems to incorporate some elements of the early UK garage/sublow stuff that was burgeoning around the time this came out. There is some great record-scratching by deejays DJ Quest and DJ Raw B, which I love of course. And Vrse Murphy’s production is air-tight and upbeat enough that even the most hardened of B-boys would have a hard time resisting the urge to head-nod. The star of the show here is clearly Sick. His flow is seemingly breathless as he rhymes on a myriad of topics. The last song, “Hogs of Rap” is a nice-ass 11 minute song with a fuck ton of rappers on it, where the beat gets flipped each time one comes in. It’s a great end to the album. 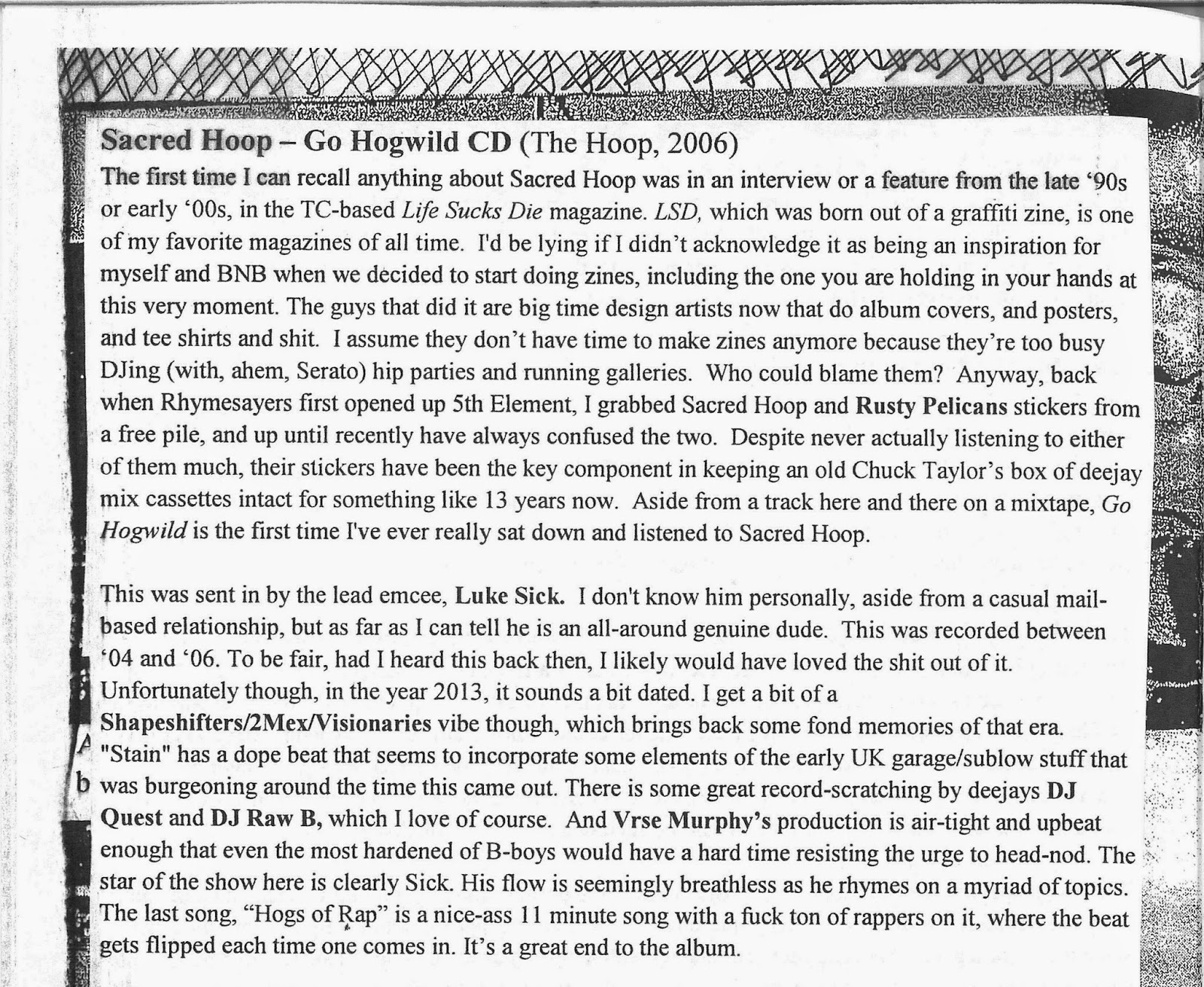